Another unoccupied house in the Spring Hill community burned to the ground Saturday night. The house, situated on the northeast corner of Highway 174 South (Spring Hill Rd.) and Highway 355, was fully engulfed when firefighters arrived on scene shortly after the call went out around 8:20 p.m. Another unoccupied house burned on Hwy 355 on January 5. Neither residence had electric to them. One firefighter commented that all of their recent structure fires have been unoccupied buildings.

A member of Bethany Baptist Church, located across the street, said the church recently acquired the house and the youth had been working on the property earlier in the day.

The intersection of Hwy 174 and Hwy 355 was shut down by Arkansas State Police and the Hempstead County Sheriff’s Office while fire fighters worked to contain the fire and prevent it from spreading to the neighboring house. Other than containing the fire, there was nothing else for the firefighters to do but watch as the structure burned out. As soon as the fire consumed most of the fuel and was no longer threatening to spread the highway was opened back up.

The cause of the fire has not been reported at this time. 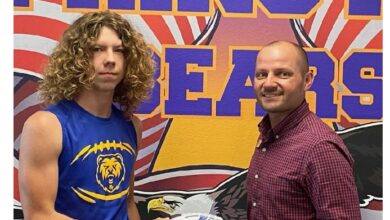 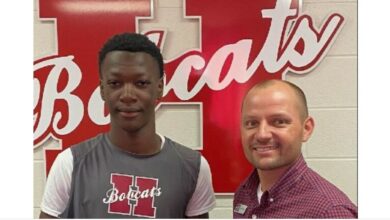