When we got the word Tuesday morning that Loretta Lynn had died, we reached out to several Hope area musicians for their comments:

If there’s anything Loretta Lynn taught me as a woman and an artist, it’s to stand up for myself and the people that don’t know how to stand up for themselves, to never be quieted when saying or singing something I think deserved to be heard, and most importantly that you can come from a small town and a blue collar family with no reason to believe you’ve got a snowball’s chance in hell in a big city and still make every dream you’ve ever had come true by simply telling your stories.—Mae Estes

That’s sad. My dad was born in Marvel, Arkansas, which is where Levon Helms is from. I also lived there for five years. Levon and Loretta did the movie Coal Miners Daughter together. I always thought that was a cool thing, and she’s definitely one of the queen bees of country music. Today is for sure a sad day.—Jeff Smith

The first thing that came to mind when I heard of Loretta Lynn’s passing was “Who’s Gonna Fill Her Shoes?” Her passing leaves a hole in country music that can never be filled. After all the years and success in country music, she continued to record gospel music and made sure to keep that music alive at the ranch. What an honor it is to have had the opportunity to spend Labor Day Weekend the last five years singing on her stage at the Ranch. Her music and influence will live on for generations to come. My prayers are with the Lynn family.—Brady Rhodes

I don’t exactly know how to put into words what Loretta meant to me. She is a true legend in county music and someone who lived every word that she wrote and sang. She has been an inspiration to me since I was a kid, and she will be greatly missed. Truly one of the great artists of our lifetime.—Jack E. Daniels 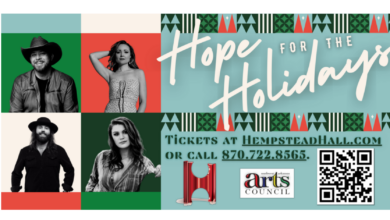