Contributed Content
Five individuals or families were named to the Arkansas Game and Fish Foundation’s Hall of Fame in a Monday afternoon announcement. Honorees will be recognized during the 28th Arkansas Outdoor Hall of Fame Banquet, slated for Saturday, August 24, 2019 at the Statehouse Convention Center in Little Rock. Tickets for the event are $125 and tables of ten are available for $1,250 each. The night will include dinner, live and silent auctions and induction ceremony. The event is set to begin at 6 p.m.
The Hall of Fame Class of 2019 includes:
MaryAnn King of ​London: Considered the most knowledgeable in the state on using native plants in the landscape, King is the founder and longtime owner of Pine Ridge Gardens in London. She is credited with educating generations of amateurs and professionals alike on the subject of native plants and their role in naturalizing and restoring habitat for birds, wildlife and butterflies. Many of the State Parks Visitor Centers and AGFC Nature Centers across the state — as well as public gardens and arboretums nationwide — utilize her plant stock, among countless private gardeners and landowners.
Tommy III & Catherine Murchison of Cabot: The husband and wife team founded the Arkansas Big Buck Classic, an event that recognizes the quality of whitetail hunting available in Arkansas, as well as promoting good sportsmanship, conservation, education and ethical hunting. The event is held at the Arkansas State Fairgrounds and today averages nearly 38,000 visitors each year. Sinces its inception in 1990, the Arkansas Big Buck Classic has donated over $200,000 to worthy causes including the Make-A-Wish Foundation, Shriners Hospital for Children and C.H. Vines 4-H Center. In addition, the event has gathered approximately 50,000 cans of food for Hunters Feeding the Hungry among other charities.
Woody Futrell of Nashville: For Woody Futrell, boats were both vocation and avocation. An avid boat racer in the 1950s, he took over the family business, Futrell Marine, which his father Dan Futrell established in 1948. Under Dan’s guidance, Woody quickly learned the ropes of the business and would become one of the most well-known and respected businessmen in retail boating, to be numbered among the industry elite via national design, sales and service awards multiple times over.
The McCollum Family of ​Stuttgart – Widely credited with refining the business model of the modern duck club, the McCollum Family occupies a unique place in the history of Arkansas duck hunting. Generations of McCollums have helped advance the business and habitat science of ducks, including perfecting many of the conservation and natural resources management practices so common today. Their vision, ingenuity and skill helped lay the foundation upon which Arkansas duck hunting has grown into a multi-million dollar industry.
“Every year, the Arkansas Game and Fish Foundation recognizes individuals whose contributions to the great outdoors transcends mere hobby,” said ​Deke Whitbeck, president of the Arkansas Game and Fish Foundation.​ “The individuals we honor have devoted their time, energy and passion for the outdoors in such a way that preserves and enhances our wild spaces for generations to come. We are proud to once again recognize such outstanding Arkansans.”
Established in 1982, the Foundation is an independently operated 501c3 non-profit organization that serves as the fundraising adjunct to the AGFC. Its membership includes men and women who are passionate about promoting hunting, fishing and conservation education among the youth of Arkansas. 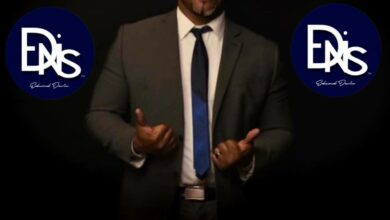