LITTLE ROCK, ARKANSAS— The Arkansas Martin Luther King, Jr. Commission honors the service and commitment of Officer Carmen Helton during Police Appreciation Week, observed May 12-18, 2019.  Officer Helton serves as the Recruiting Coordinator for the North Little Rock Police Department and the assistant Public Information Officer. Officer Helton has been featured in several publications honoring her for her service including North Little Rock Proud and Centennial Bank (May 2019). She mentors youth in the community and serves as the Camp Director and Creator of the North Little Rock Police Department Summer Youth Camp where she provides opportunities for great experiences with inner city youth. She represented law enforcement in Arkansas during the torch run for Special Olympics.

“Officer Helton has volunteered at several programs hosted by the Arkansas Martin Luther King, Jr. Commission and is very involved in and outside of the community,” says DuShun Scarbrough.  This is a new program for Commission, an opportunity to identify work with law enforcement and recognize such honorable behavior and we wanted to start off by honoring one of our very own Commissioners who is a first responder.  During a time where we hear a lot of negative things about police officers, there are also officers like Officer Helton who go out of the way to serve and are committed to Dr. King’s teachings of peace, resolution and justice. The negativity makes headlines, but we wanted to use this platform to showcase the good things that officers are doing in the community and why not start with one of our own who has contributed so much to North Little Rock and the Arkansas Martin Luther King, Jr. Commission. I truly appreciate her work ethic. She’s exemplary and helpful in many endeavors.”

Officer Helton will be presented with the 2019 Drum Major for Leadership Award by Mr. Scarbrough on behalf of the Commission during Police Appreciation Week at the North Little Rock City Council Meeting, Monday, May 13, 2019, 6:00 PM. “’A Drum Major,’ according to Dr. Martin Luther King, was a person who was out front. Officer Helton is definitely a Drum Major in her field and leadership for today’s youth and her generation,” says Scarbrough. 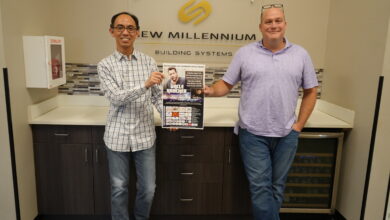 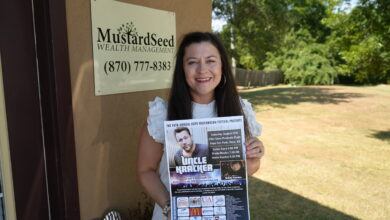 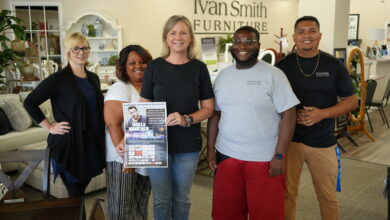