FAYETTEVILLE – The late Jimmy Breslin authored the comic novel “The Gang That Couldn’t Shoot Straight.”
Had he lived to see Friday night’s Arkansas vs. University of Texas-Arlington Mavericks first-half he could have authored a sequel.
For neither the Razorbacks nor Mavericks remotely shot straight during Arkansas’ 31-26 half with Arkansas hitting but 8 of 25 from the field while the Mavericks connected 8 of 28.
The Razorbacks heated up in the second half and even with leading scorer Daniel Gafford sitting the final 9:26 with four fouls, pulled away for a 78-60 victory at Walton Arena.
The victory ups Coach Mike Anderson’s Razorbacks to 4-1 before their next game Dec. 1 hosting Florida International at Walton.
UTA of the Sun Belt Conference falls to 3-3.
Gafford, Arkansas’ sophomore Preseason All-SEC center from El Dorado led Arkansas with 21 points including a stunning career best 9 of 10 free throws.
Arkansas forward Adrio Bailey and point guard Jalen Harris scored 14 each and freshman forward Isaiah Joe of Fort Smith Northside scored 10.
Ironically the 6 for 6 first half from the free throw line by 13 of 28 for the season free throw shooter Gafford kept the Hogs ahead in the first half. UTA missed its first six shots and only led once 1-0, but Arkansas never led by above eight during the first half because of its own inability to put the ball in the hole.
On his three dunks plus the free throws, Gafford scored 12 of Arkansas’ 31 first half points.
Gafford was big during the second half until his fourth foul with 9:26.
Arkansas was up nine then. But UTA had cut a 20-point deficit to Indiana down to one in Bloomington, Ind. before the Hoosiers that Arkansas, edged, 73-72 last Sunday at Walton beat UTA, 78-64.
Junior forward Bailey freshman forward Reggie Chaney, eight rebounds and eight points including a crowd-igniting dunk off a mad scramble for 61-59 lead at 12:10 with Gafford still available, and sophomore forward Gabe Osabuohien, no points but taking more UTA charges than American Express, did much to take up Gafford’s final 9:26 absence and increase the Arkansas lead.
“In some ways they’re harder to guard without him” UTA Coach Chris Ogden said with a little laugh. “I know that sounds weird but they open up the lane for drives and stuff like that and they closed with a great run. But obviously he’s a lottery pick and a huge factor.”
Whatever his factor, Gafford said the final 9:26 proved he’s far from Arkansas’ only factor.
“It shows I’m not the main target that everyone has to worry about anymore.” Gafford said. “We’ve got a lot of guys that come off that bench and produce big numbers. Not all eyes are going to be on me but it shows I’m not the only person that can do everything. We’ve got other guys that can do it.”
Gafford’s 9 of 10 free throws, “the results of shooting 100 free throws a day,” Gafford said, helped build the lead before that fourth foul.
What was the mindset minus Gafford, freshman Chaney was asked.
“The mindset was stay engaged,” Chaney said. “Stay on the boards and be aggressive because we’re losing that inside presence with Daniel. Take up the slack and stay aggressive.”
Arkansas only made 2 of 16 treys. Isaiah Joe, the freshman guard from Fort Smith Northside, hit one each half. The second one had Arkansas up 61-49 with 6:39 left.
Edric Dennis led UTA with 19 points and Brian Warren scored 15 for UTA.
For the foul plagued game Arkansas hit 34 of 46 free throws to UTA’s 18 of 27.
“The difference in the game was the free throw line,” Ogden said. “We fouled too much and they shot a lot more free throws than we did and we had four guys with three fouls in the first half. And Ed Dennis got his fourth foul on a bonehead play. We had the momentum and then we had to sit him a good number of minutes.”
Both coaches credited their defense in part for the poor first half shooting but said both teams also just plain shot poorly.
“It wasn’t a great display of offense,” Anderson said. “That first half it was like they were still at my house for Thanksgiving, but we turned up the intensity and the guys off the bench gave us some great, great minutes.” 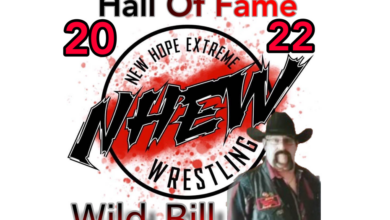