FAYETTEVILLE – A better bench than subbed in Wednesday’s
72-60 victory over Texas-Arlington is an objective but behind ingraining just winning for Arkansas Coach Eric Musselman into his 2-0 Razorbacks against the 1-2 Lipscomb University Bisons.
Saturday’s game between the Division 1 Bisons of the Atlantic Sun Conference (the league most prefers ASUN) and the Razorbacks tips off at 5 p.m as always on the Razorbacks Radio Network and Internet video available on SEC Network + but not on conventional network television.
Lipscomb of Nashville, Tenn. may sound like a rent-a-win, particularly during these covid-19 pandemic times when nonconference games are scheduled more for busing travel than by plane.
However in three games, all on the road against names you know, Lipscomb beat Lamar, 76-73, only lost, 68-66 to Tulane and knotted the traditionally powerful Cincinnati Bearcats, 29-29 at half before beaten late 67-55.
“I mean they played Cincinnati about as good as you can play Cincinnati,” Musselman said. “You know until the last seven or eight minutes of the game they were right there.”
Already the SEC amasses basketball upsets good and bad with unranked Missouri upending No. 21 Oregon and then No. 10 Kentucky last week losing to Richmond.
“You know it’s not just college basketball,” Musselman said. “I mean, it’s college football, too. There’s just a lot of parity. We’ve got to be ready to play for sure.”
Lipscomb’s tallest starter is only 6-8 but last season Musselman’s Razorbacks inflicted 20-12 damage with since graduated 6-6 Adrio Bailey the tallest starter.
Lipscomb’s tallest starter, center Ahsan Asadullah, averaged 18.6 points, 10.1 rebounds and 3.9 assists last season earning first-team All-ASUN.
This season Asadullah leads Lipscomb in rebounding, 6.7, and assists, 17 for three games.
“Their big inside is a not just good but a phenomenal passer,” Musselman said. “If we don’t disrupt his vision from a passing standpoint, it really makes their offense run and click.”
Asadullah scores lower than last season but it’s still effective averaging 12 points spread with guards Romeao Ferguson and Greg Jones averaging 15 and 14.
Jones has connected 10 of 20 treys.
“I mean they’re really balanced,” Musselman said. “We’ve got to take away the three.”
Arkansas 7-3 center Connor Vanover, six blocked shots and 16 rebounds against North Texas and a dozen points in a dozen minutes against Texas-Arlington, looms a tall order against Coach Lennie Acuff’s Bisons.
However their sixth man, Hazen Parker averaging 18 minutes, matches Asadullah’s 6-8.
Musselman extolled Vanover, top defensive guard Jalen Tate and of course freshman guard Moses Moody, 23 points and nine rebounds, and forward Justin Smith also just shy of a double-double with nine rebounds and 11 points.
Off the bench he praised 6-10 freshman via Fort Smith Northside forward Jaylin Williams, three rebounds, a shot-block and two charges taken in nine minutes, and freshman guard KK Robinson formerly of Bryant High, for hitting a crucial three though fouling out in 13 minutes.
Musselman’s off the bench displeasure riveted on two upperclassmen who have starred earlier this season: Fourth-year junior transfer via Jacksonville University guard JD Notae and graduate transfer via University of New Mexico forward Vance Jackson.
Jackson scored 15 points with seven boards in the season-opening romp over Mississippi Valley State but off the bench both scored and rebounded zilch against North Texas and against UTA shot 0 for 5 but did garner five rebounds.
Sixth man Notae, 13 points against Mississippi Valley and 16 points against North Texas, shot 1 for 5 against UTA taking some shots Musselman obviously disliked.
Notae’s thumb appearing to ail him cut no slack.
“Oh yeah, his thumb was fine,” Musselman said. “But his shot selection wasn’t. He might have grabbed it because he knew what was coming as I wasn’t real happy with the quick shots.”
Arkansas’ peak 20-point lead dipped to 12 the final eight minutes with more reserves than starters playing.
“Our bench got outplayed pure and simple,” Musselman said, noting combined that starting guard Desi Sills, averaging 16.5 points the first two games but only three against UTA, Notae and Jackson shot 3 of 16 from the field. 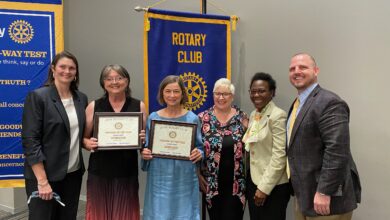 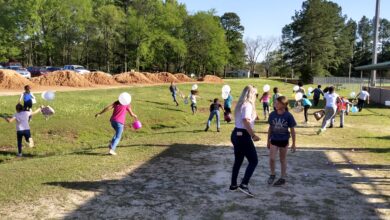