Says, ‘Those who assist the operators of these scams will be held just as accountable for the fraud’

LITTLE ROCK – Arkansas Attorney General Leslie Rutledge announced a settlement agreement against a Hot Springs woman, Jean Butler, 73, who facilitated a multi-million dollar international sweepstakes scheme. In the consent judgment, Butler must pay civil penalties and restitution of $100,000. From 2017-2020, Butler received funds sent to her from victims of the scam and funneled the money to operators of the scheme in Jamaica.  Butler stopped operating as a money mule when the lawsuit was filed in February 2020, and the settlement prohibits her from engaging in similar schemes.

“Jean Butler is now paying for her involvement in a scheme that impacted victims from across the country and Canada,” said Attorney General Leslie Rutledge. “This judgment sends the message that those who assist the operators of these scams will be held just as accountable for the fraud and punished for such behavior.”

In these types of schemes, and in this particular case, the operators, who are often in foreign countries, contact potential victims and say they have won a jackpot or lottery, but must first pay taxes or fees before receiving the prize. The victims are instructed to send this payment to a person in the U.S., commonly referred to as a “money mule,” like Butler. The money mule opens bank accounts and deposits money received from these victims. The operators then withdraw those funds for themselves. The victims, usually seniors or other vulnerable persons, never receive the promised prize and discover all too late that the money they sent to the money mule is gone.

Butler had been acting as a money mule in a scheme purporting to be the “Mega Millions” lottery. After opening bank accounts, Butler would inform the bank that she would be traveling out of the country to avoid raising suspicions about the foreign transactions. The banks would eventually suspect fraudulent activity and close the accounts. Butler would then open an account in another bank and continue the activity. Investigators estimate that over a three-year period, she opened numerous bank accounts and facilitated the transfer of approximately $6 million to the operators of the scheme in Jamaica.

As part of the settlement, Butler must immediately stop operating as a money mule and she is permanently prohibited from engaging in any schemes within the State of Arkansas or that impact Arkansas consumers. Butler must pay civil penalties totaling $100,000.

The recruitment of money mules is on the rise, often deceptively advertised as “work from home jobs” or “online jobs”, and appear to be attractive options for the elderly or college students to make money easily. It is common for those who participate in money mule activity to not be aware they are facilitating an illegal operation.

If you suspect that you or someone you know may be a victim of money mule activity or may be participating in a money mule scheme, or to file a consumer-related claim with the Arkansas Attorney General’s Office, call (800) 482-8982, email consumer@arkansasag.gov or visit arkansasag.gov. 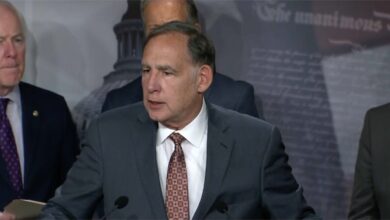