He is survived by his loving wife of 67 years, Mae. They were married on April 24, 1954, when Bill was 19 and Mae was 17. Other survivors include two sons Mitch (Cathy) of Humnoke, Arkansas, Bryan of Hope, Arkansas; grandchildren Rachel Vaughn, Tabitha (Jim) Palmer, Nathan Dulaney, Andy (Amy) Dulaney, Isaac (Kayleigh) Dulaney, Mikey (Adrienne) Dulaney, Cody (Natalie) Dulaney and Casey Dulaney, and 17 great-grandchildren.

Bro. Bill surrendered to preach in 1977 and began pastoring that same year. Churches that he pastored are Patmos Baptist Church, Patmos, County Line Baptist, Nashville, New Liberty Baptist Church, Emmet, Western Baptist Church, Emerson, New Hope Baptist Church, Fouke, and for the past 21 years, Knighton’s Chapel Baptist Church, Lewisville, where he retired.
All of Bro. Bill’s life he worked hard. When he was 16 years old, he raised his own crop of cotton. He made a living from a variety of skills, from working in the Colorado mines to floor restoration in Florida. He could do anything from carpentry to mechanic to welding and so on. The one thing he could not do was save his own soul. That’s why, at the age of 12, he came to the realization that he needed Jesus. That day made him ready for this day. The two things he would want anyone reading this to consider would be…have you ever trusted Jesus Christ, and are you serving Him in His church. Revelation 14:13 “Blessed are the dead which die in the Lord from henceforth: Yea, saith the Spirit that they may rest from their labors and their works do follow them.”

No family visitation is scheduled.

A memorial service will be held at Union Baptist Church, Bodcaw, Arkansas on Saturday, February 19, 2022 at 2:00pm.

In lieu of flowers, memorial contributions may be made to Union Baptist Church, 193 Nevada 9, Rosston, AR 71858.

Funeral services are under the direction of BRAZZEL/Oakcrest The Funeral Home of Hope, Eddie Brazzel, Director. Online condolences: www.brazzelfuneralhomes.com 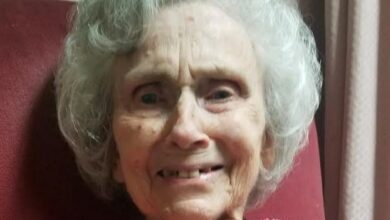 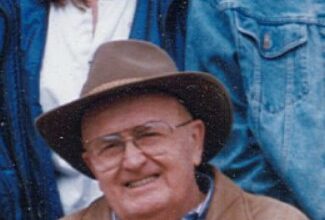