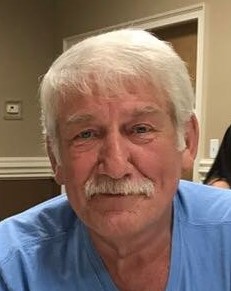 Mr. Billy Wayne Rash, age 65 of Prescott, Arkansas passed away, Monday, August 19, 2019 in Hot Springs, Arkansas.  He was born in Prescott, Arkansas on September 11, 1953 to Willie and Bessie Ammons Rash. Billy was a member of the Central Baptist Church in Prescott and a retired Millwright for the Potlatch Corporation.  Mr. Rash enjoyed hunting, fishing and loved to tinker on just about anything he could. He is preceded in death by his parents, a sister Judy Samuels and a grandchild Brooke Rash.

Funeral service for Mr. Rash will be 10:00am, Friday, August 23, 2019 at BRAZZEL/Cornish Funeral Home Chapel with Bro. Neil Ridling officiating.  Burial will follow in Moscow Cemetery in Prescott, Arkansas.  Arrangements are by BRAZZEL/Cornish The Funeral Home of Prescott, Eddie BRAZZEL, Director.  Online registry can be found: www.brazzelfuneralhomes.com