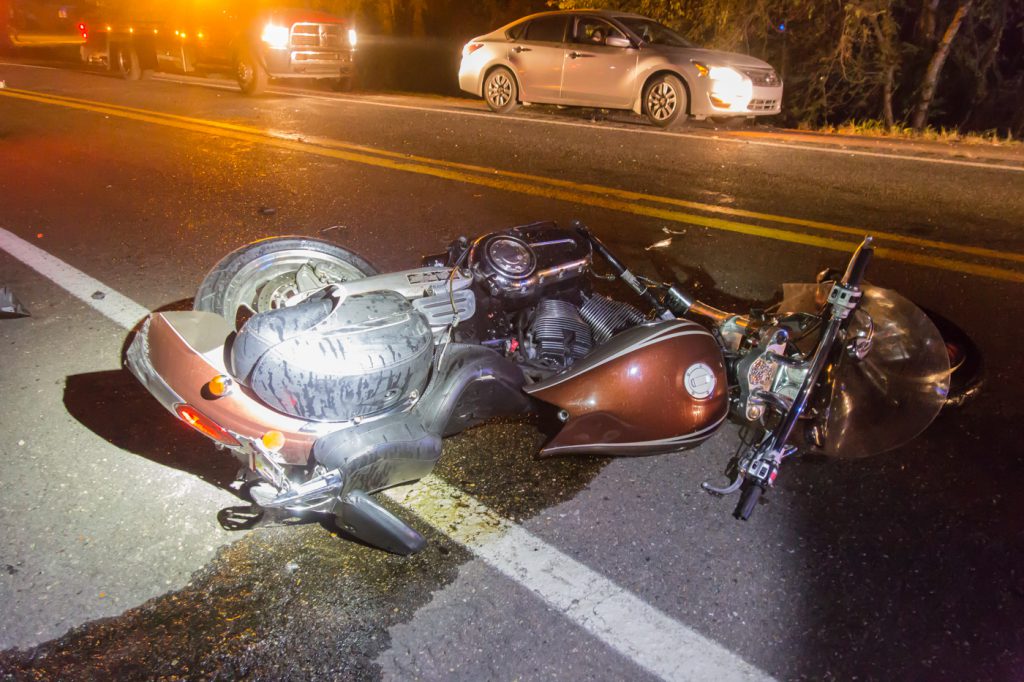 A Blevins man suffered serious injuries Thursday night but escaped with his life after he crashed his motorcycle into the side of an oncoming truck on Highway 371 outside of Blevins.

David Henderson was traveling west on Highway 371 east of Highway 195 South when he reportedly drifted across the center line into the eastbound lane, crashing into a white GMC Sierra driven by Virgle Powell. Powell said that he saw the motorcycle coming toward him in his lane and attempted to get far enough to the side of the road to avoid it. Unfortunately, he was not able to. Henderson and his motorcycle crashed into the driver side of the GMC, knocking the truck the rest of the way off of the road where it spun around and came to a stop facing back the way it came. Henderson and his bike were knocked back into the westbound lane where the bike continued to slide several  yards before Henderson was separated from it . Henderson continued sliding down the highway about 20 yards past where the motorcycle came to a stop before he finally came to a stop on the westbound shoulder.

Medical Responders from Blevins Fire Department arrived on scene and found Henderson in serious condition. They rushed to keep Henderson in as stable a condition as possible until medics from Pafford EMS could arrive on scene and begin administering emergency treatment. A helicopter from LifeNet EMS was launched and landed on scene. According to friends of Henderson’s, he was much more stable, aware and communicating with them before being transferred to the helicopter.

Powell and his three sons who were traveling with him at the time of the crash were uninjured. Powell was clearly devastated by what occurred and expressed repeated concern for Henderson.

Hempstead County Sheriff’s Deputies and Blevins Firefighters shut down both lanes of 371 and set up the landing zone while Henderson was tended to and Trooper Antonio May of the Arkansas State Police conducted his investigation of the crash.

Henderson was flown to UAMS in Little Rock for severe trauma. According to sources familiar with Henderson, he has pulled through but has a long road to recovery ahead of him.