“Law enforcement officers risk their lives every day to help keep our communities safe and secure. It is alarming to see them increasingly targeted with violence as they perform their duties, adding to the dangers they must account for and reminding us of the serious threats they face. I am proud to join Senator Tillis and my colleagues to send a clear message that we stand with our police and will hold those who perpetrate attacks against them accountable,” said Boozman.

“Law enforcement officers face enough job hazards already, so attacking these men and women simply for doing their jobs is inexcusable,” said Cotton. “Our bill will help protect police by increasing penalties for the criminals who target them.”

FBI data indicate 14 officers have been killed by others in the line of duty in 2021, including Capitol Hill Police Officer Brian David Sicknick.

The Protect and Serve Act would support law enforcement officers by:

This law would apply in injuries or deaths of federal law enforcement officers, as well as state and local officers in circumstances where the federal government can establish jurisdiction over the case.

Boozman and Cotton were original cosponsors of the legislation when it was first introduced in 2020. 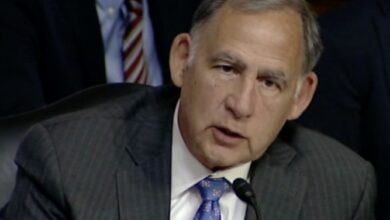