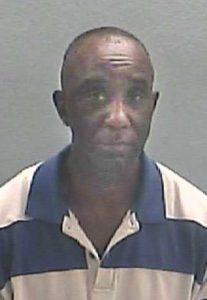 A Texarkana man on parole was denied bond Friday after being arrested in Hope Thursday for multiple drug charges.

According to Hempstead County Sheriff James Singleton, James Earl Bradford, 59, of Texarkana, was arrested on Thursday, April 11 at 4:13 p.m. at Vander Lloyd Apartment in the 1200 block of Laurel St. in Hope by Hope Police, Hempstead County Deputies and 8th North Task Fore Agents. The arrest, the Sheriff said, was the result of an investigation by the 8th North Task Force into the sale and distribution of narcotics.

During their search, the Sheriff said, officers seized three bags containing marijuana, three bags of crack-cocaine, digital scales and about $4000.

Bradford, who was out on parole before his arrest Thursday, appeared Friday, April 12 in court before 8th North Circuit Judge Randy Wright. Judge Wright denied bond for Bradford, resulting in him being returned to the Hempstead County Jail until his next court date.