HOPE – The Hope Bobcats came up short in a score fest against the Magnolia Panthers, 48-77, on a cold night at Hammons Stadium to conclude the 2021 regular season Nov. 5.

The stats on both sides of the ball were staggering as the Dynamic Duo of senior Quarterback Ammorrion Dempsey and sophomore Reserve Quarterback Tyler Patterson completed 15 of 28 passes for 340 yards and three touchdowns in the air, while the Bobcat ground attack put together 42 rushing plays for 267 yards.

While the Bobcats had a good night, Magnolia’s was better. Hope piled up 607 total yards and 48 points, scoring in all four quarters of the game, but Magnolia cranked up a ground game that ate up 612 yards on 38 carries, with zero passing on the night.

The Bobcat defense had plenty with which to work and it showed as sophomore Linebacker KD Gulley was all over the field with 10 solo tackles and one assist, followed by Dempsey with five solo tackles.

Dempsey completed 2/5 for 92 yards and one touchdown passing as he hit TyZhan Jones with a 30-yard blast that took Jones to the right sideline and into the end zone in the first quarter.

Patterson was 13/23 in the air for 248 yards and two TDs, going air mail to senior Running Back KeJuan Booker at the Magnolia 21-yard line and Booker stiff-armed past two Panther defenders cut to the pylon and dove into the end zone.

Patterson reloaded later for Dempsey on a play fake, dropping the ball into Dempsey’s hands in the middle of the field as he split two Magnolia defenders and took it to the house.

Dempsey and Booker kept it real on the ground, as well, with Dempsey carrying 15 times for 155 yards and two touchdowns, while Booker ground out 95 yards for two touchdowns on 21 carries.

Dempsey hit Jones early over the middle for 20 yards and Jones cut to the sideline to the two-yard line before being pushed out of bounds. The Bobcats bashed at Magnolia twice before Patterson handed off to Booker and he charged through the middle to score.

Dempsey romped in the third quarter on a quarterback keeper off left tackle on 1/5 from the Magnolia five-yard line to score; then, five minutes later he ran from the Hope 28-yard line on a fake over the left corner to the sideline for a dash to the end zone.

Hope was plagued with penalties at 10 for 122 yards on the night, lost one fumble and was intercepted once. Still, the Bobcats put together 20 first downs, converting 9/14 on third down for the game. 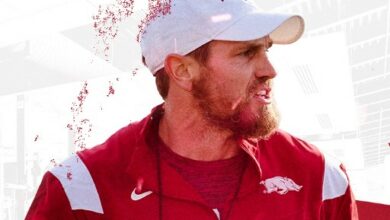