HOPE — There is a direct correlation between accuracy in the U.S. Census count in each state and the amount of federal funding which results for that state in the 10 years following each Census; and, that correlation directly affects the Hope Public Schools.

“The distribution of more than $675 billion in federal funds, grants, and support to states, counties, and communities are based on Census data,” the U.S. Census Bureau notes in its Census 101:What You Need to Know material. “That money is spent on schools, hospitals, roads, public works and other vital programs.”

As a percentage of total revenues in the 2019-2020 HPS budget, federal funding represents about 14 percent of the projected $19.6 million the district anticipates. Currently, some $2.7 million in federal funding is spread among five federal “title” programs, the federal McKinney-Vento Act funds, migrant education funds, and U.S. Department of Agriculture funding for the Hope Public Schools.

“Census data can and is used to plan for growth or decline over the next 10 years,” Dr. Hart said.

He said there is a misconception that state and local funds relate to federal funding. They are three separate concepts.

That figure is the actual average of student enrollment in the district which is calculated each quarter as the basis for per student funding from the state based upon legislative appropriation. Local revenue is generated through property taxes levied by the county and distributed through the state to school districts. Federal funding stems from Congressional appropriations which are administered through the U. S. Department of Education, the USDA and other federal agencies.

For example, the HPS is able to provide free breakfast and lunch meals daily while schools are in session, and in special distributions during the summer, through the Community Eligibility Program administered through the USDA.

“It’s a reimbursement which is based solely on how many students we feed,” HPS Nutrition Director Deanna Gilbert said. “It’s all federal funds with different regulations attached to the different programs.”

The reimbursement is allowable under regulations of the CEP because of low income and poverty data reflected in the Census.

Jones said that represents 83 percent of students enrolled across the district, which heightens the importance of accurate Census data relative to school age children living in the district.

“Although we are direct certification, the Arkansas Department of Education Secondary Education Division still monitors and documents students who qualify or eat for free,” Jones said.

The summer meals program operated by the HPS is funded through other federal regulatory provisions, Gilbert said, as is the conversion of that program into a daily meals distribution during the COVID-19 closure of public schools in Arkansas.

“We are providing meals under emergency circumstances right now with different federal regulations,” she said.

The impact of federal funding upon instructional capabilities is represented mostly through the Titles I-V programs of federal law, outlined in the current HPS Report to the Public.

Title I —  Funding is used school-wide on four of the six HPS campuses for supplemental academic support and improvement.

Title II — Funding for staff development for teachers and administrators; recruitment and retention of certified staff.

Those programs represent about $1.6 million in funding.

McKinney-Vento funds are used to provide equal access to public education for students deemed as homeless, and represent about $35,000 annually.

Migrant education funds are used to provide public education access to students deemed as migrant students, and represent some $34,000 annually. 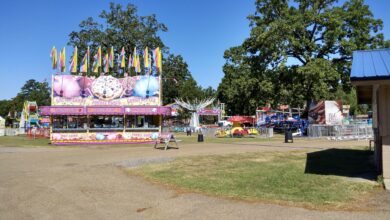 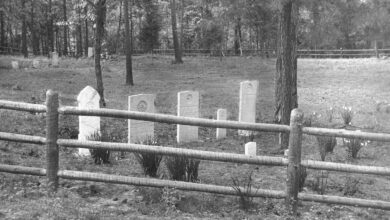