After a 10-minute executive session Tuesday night, the Hope City Board of Directors rather quickly and quietly approved another contract renewal for City Manager Catherine Cook by a vote of 5-to-1 with Mark Ross again being the lone dissenting vote as he was a year go.

The 2018 version of the vote apparently ensures job security for Cook until the year 2020. As in previous years, there was no public explanation of benchmarks or justification for contract extension announced by Mayor Steve Montgomery or any other board member.

Only Ross said, “I vote ‘No’ not because I am against Catherine, but because I don’t believe in contracts for city managers.”
The margin of the board’s vote, 5-to-1, also drew a stark contrast to last July’s special election to supplant Hope’s city manager form of government.
In July’s citywide vote, the vote percentage was 49.2-percent, For, and 50.8, Against, revealing an almost evenly divided electorate among Hope residents, but Tuesday’s city manager contract renewal by the board reflected none of that polarization.

In 2017, Montgomery admitted that the Hope City Board had never done an evaluation of the City Manager previously and that a review form needed to be developed by the Board.
Also last year, Cook’s contract called for the review to the held in private, even as she is, in her position as city manager, the most powerful person in Hope city government.
In other Hope City Board news from Tuesday night: 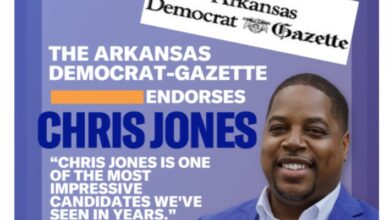