The Hempstead County Library, which is one of the newest buildings in town on 500 South Elm, held its community coffee this morning in its meeting room.

As community members filed in, starting at 9:30 a.m. to enjoy the breakfast and the décor, which follows a summer by the Oceans of Possibilities theme, Courtney McNiel, the library’s director, Jamie Formby, assistant director, and other staff members helped serve. They wore pink t-shirts which said Librarian On Duty.

McNiel, who grew up in Hope and took the director position in 2011, reported that the number of items checked out from the library has been down lately, which she says is caused by potential patrons cutting down on car trips during the recent gas price spike. But the checking out of ebooks has “skyrocketed.” She says that the genres of Thriller and New Adult fiction are the most popular right now.

Asked what guides her when she orders new books, McNiel said, “I just look for things that I find interesting. And I kind of go from there. And I still get things that are not interesting to me. Because obviously I don’t share the same interest with everybody.” She said she also bases her orders on what books are requested by patrons. But if the library does not have a certain title, it is able to order it through interlibrary loan. Being an interlibrary loan library is required in Arkansas for libraries to receive state funding.

McNiel says the library’s success is in part due to its home, a spectacularly modern building designed by architect Jerry Hollensworth, much of whose funding came from a $1.5 million donation by the Campbell Foundation as well as $1.1 million from a library millage tax. The library opened in the new building in 2019. “It helps, too, that me and the staff are excited, and we love decorating for our theme and taking part in things like the community coffee. That excitement is contagious.”

Visitors to the Hempstead County Library will notice the abundance of new books and DVDs. This McNiel attributes to “a good budget.” She adds that this budget also allows for the payment of performers for the library’s summer children’s program, which kicks off Monday July 11 at 2 p.m. with a visit from Balloon Man.

Assistant director Jamie Formby, a seven-year employee, said the thing she most enjoys about her work is helping patrons, but especially helping children get their first cards and their first checked out books. “We’re trying to keep a lot of fun things for the kids to get them interested,” Formby said. In fact, she helped Young Miss Hempstead County, Kenzi Burns, a frequent attendee of community coffees, get her first library card today. Formby also enjoys setting up the library’s decorations, which were on display in the meeting room and around and on the serving tables.

The summer program, called Oceans of Possibilities, will take place on the following dates: 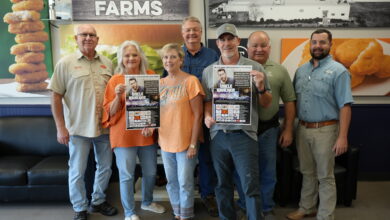 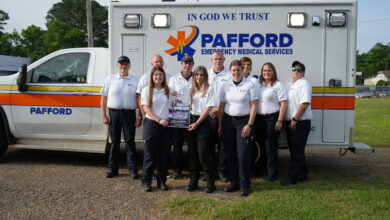 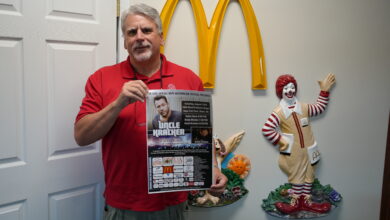 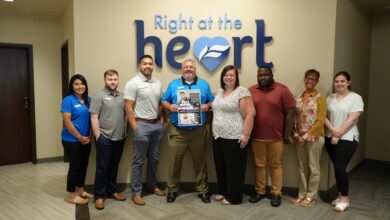