HOPE – A consensus of the material qualifications and characteristics of a new superintendent of schools for the Hope Public Schools has begun to develop within the community, educators, students and the HPS Board of Education.

That was the primary conclusion drawn by consultants for the HPS Board taken from both focus group meetings and a general community meeting here May 4.

Dr. Kieth Williams, director of the Education Leadership Program at Harding University in Searcy, a three-time school superintendent, and lead consultant for McPherson and Jacobson LLC of Omaha, Neb., and Wayne Gibson, McPherson and Jacobson consultant, former Arkansas School Boards Association president and 31-year member of the El Dorado Public Schools Board, conducted the meetings throughout the day.

Dr. Williams and Gibson conducted “focus group” meetings with students, teachers, administrators, and classified staff, as well as facilitating the May 4 community meeting at the Hope High School auditorium.

The meeting was attended by some 50 HPS stakeholders whom Williams said reflected remarkably similar views as the focus groups and the school board.

Most notably, William said all five groups wanted a superintendent of schools who is a well-versed communicator, highly visible in the community and on each campus, innovatively ambitious but pragmatic, keenly knowledgeable in Arkansas school finance, capable of dealing evenly with all constituencies, and experienced as a superintendent in a majority ethnic minority district.

“Nationwide, superintendents tend to turn over about every three years,” Williams said.

Candidates produced by McPherson and Jacobson tend to stay in a district at least five years and as many as 15-plus years, he said. That difference stems from the intense vetting process which the firm uses before candidates are presented to a school board, he said.

“We do a lot of reference work; that is where the majority of our time is spent,” Williams said.

He said one of the surprising elements of consensus here is that a new superintendent “understand poverty” as the HPS has a roughly 80 percent free and reduced meal qualification rate among students. On the other hand, Williams said all groups want a superintendent who will continue to support innovative programs such as EAST, the Hope Academy of Public Service, Hope Collegiate Academy, and Creative Action Team School for all student constituencies.

He said all constituencies want an understood commitment from a new superintendent to concerns such as cultural distinctions, professional diversity and infrastructure vision.

Williams and Gibson will distill their findings into an executive summary for the HPS Board and develop a series of vetting questions based upon it. The board is to begin those discussions May 6 in a special meeting at noon.

Williams said there are currently 12 applicants for the superintendent’s position and applications will be closed on May 12. All applicants will be vetted based upon their application, reference research and a personal video. He said a “short list” of three to six candidates will be developed for presentation to the board in a May 20 meeting.

Day-long meetings with finalists selected by the board will be conducted May 24-27, including campus tours, meetings with teachers and other groups, an informal dinner with the board and an extensive formal interview afterward.

A new superintendent is expected to be named by June 1 and will assume duties July 1. 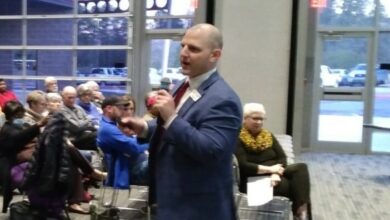 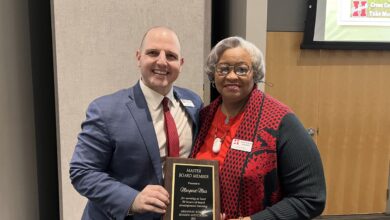