HOPE — Four finalists will interview May 24-27 in day-long appearances here as the Hope Public Schools Board of Education narrows its decision to name a new superintendent of schools.

Finalists:
Burton is a graduate of Arkansas State University with a BS in Zoology who studied at the University of Arkansas at Little Rock before obtaining his MS from ASU in 1989. He received a Specialist in Education degree from Henderson State University in Arkadelphia in 2008. Burton served as an assistant principal in the Little Rock School District from 1999-2003. He was Associate Superintendent for Secondary Schools in the Little Rock district from 2011-2013, when he became Deputy Superintendent of the Little Rock School District until 2020. Burton has since taken on the responsibility for overseeing construction and operations as principal of the Southwest High School in Little Rock.

Dr. Crossley is a native of South Carolina who holds a BA in Political Science from the University of South Carolina in Columbia, S.C., but moved to Arkansas where he received an MA in 2015 from Arkansas Tech University in Russellville before obtaining Ed.S. and Ed.D. degrees from ATU in 2018. He is currently Assistant Superintendent of the Pine Bluff School District, having begun teaching and coaching basketball in the Palestine Wheatley Schools in Palestine, Ar., from 2010-2015. Crossley became a principal and a leadership fellow in the Little Rock School District in 2015 before becoming a consultant for the Office of Coordinated Support and Service of the Pine Bluff School District in 2018. He became assistant superintendent in Pine Bluff in 2019.

Odom is a 2006 graduate of Southern Arkansas University in Magnolia with a BA in Music, and he took his MA from the University of Louisiana – Monroe in 2011. Odom received his MS in Educational Administration from SAU in 2014. He is currently principal of Arkansas High School in Texarkana, having previously served as K-12 Principal for the Nevada School District in Rosston, Ar. from 2015-2018. Prior to then, Odom was Director of Orchestra for the El Dorado School District from 2014-2015 and Elementary Principal in the Stephens School District from 2013-2014.

Process:
Dr. Kieth Williams, consultant from McPherson- Jacobson, LLC, reviewed the candidate vetting process for the board which was based upon “focus group” and survey results data, as well as extensive reference research.

Dr. Williams presented information on six candidates each of whom produced an introductory video, which the board reviewed and scored based upon a rubric provided by the consulting firm. Those candidates included the four finalists selected by the board as well as one fromTexas and one from Forrest City, Ar.

“You will tell us who you want to interview of the six candidates and if you have questions about
anyone else,” he said

Interviews:
The board will interview each candidate in a formal executive session after day-long introductory campus tours and focus group meetings with students, administrators, faculty and staff. Each candidate and their spouse will meet with the full board for dinner prior to the formal two-hour interview with the board at the end of the day.

Turner will interview May 24; Odom on May 25; Burton on May 26; and Crossley on May 27. The board is expected to name a new superintendent June 1 who will assume duties here on July 1. 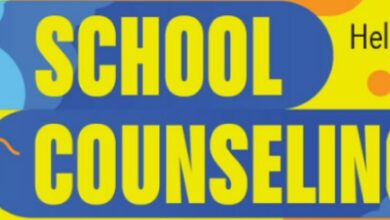