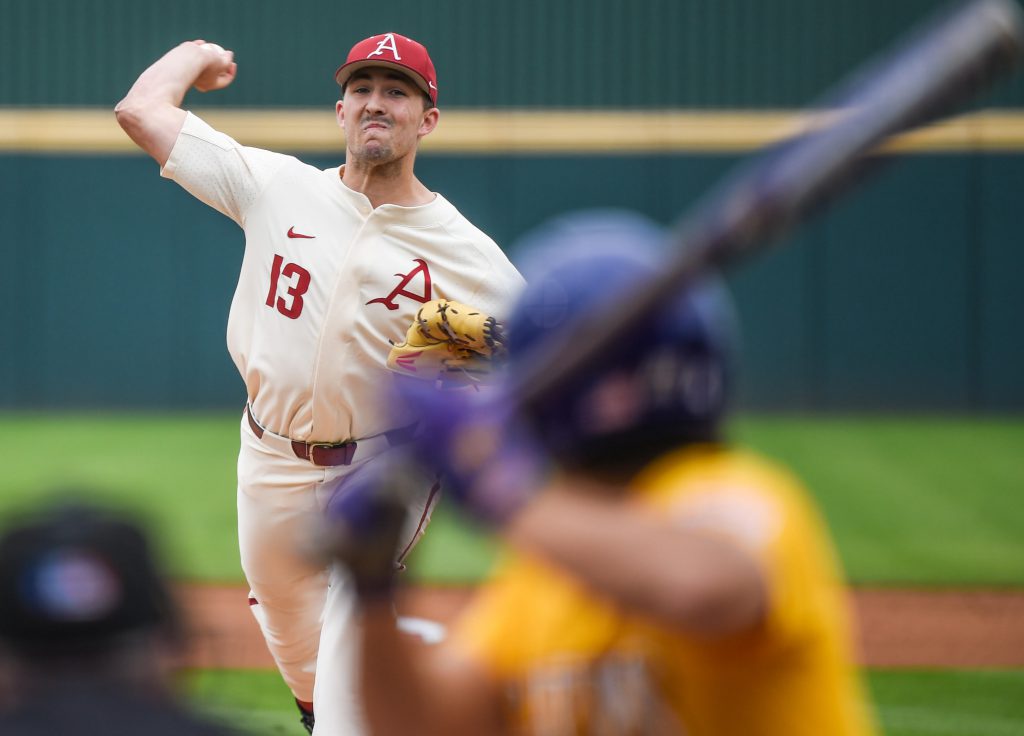 FAYETTEVILLE – If you’re going to pitch off with a freshman, this Arkansas Razorbacks coaching staff can’t think of one more apt to be on than Connor Noland.
The rookie right-hander from Greenwood has started the second or third game of every SEC series and is the  Arkansas choice to start today’s  1 p.m. opener of the 4-team double-elimination Fayetteville Regional at Baum-Walker Stadium against the  Central Connecticut Blue Devils.
By starting Noland today,  against the 30-21 fourth-seeded Northeast Conference Tournament champion Blue Devils, Arkansas Coach Dave Van Horn’s top-seeded 41-17 SEC co-champion save fourth-year junior ace Isaiah Campbell for Saturday’s game against either second-seeded California of the Pac 12 or TCU of the Big 12 playing their first round game at 6 tonight.
Noland and freshman lefty Patrick Wicklander have followed Campbell as the SEC weekend starters.
“First off, he’s pitched really good for the last five weeks,” Van Horn said.  “He’s thrown a lot of strikes, three or four pitches for strikes. I just felt like it was a good matchup. I think they have one left-handed hitter in the lineup, a lot of righties. That’s what we decided to do.”
Is Noland up to doing it?
“If we didn’t think he could handle it than we wouldn’t stick him out there,” Van Horn replied. “He pitched in front of 10 or 12 thousand here against SEC teams. Big games, games to sweep people on a weekend series. It’s just another game as far as his mentality and his makeup.”
For his last seven just another game, Campbell dazzles with a 1.56 earned run average.
Though in his first year at Arkansas, pitching coach Matt Hobbs has coached a lot of freshmen as a pitching coach since 2005, the last 10 years in Division 1 at California-San Diego, the University of San Francisco, Missouri, Wake Forest and now Arkansas.
Hobbs said it’s a no-doubter that Noland can handle the stress proven in football last fall starting as the Razorbacks victorious quarterback over Tulsa in place of injured starter Ty Storey and then time after time with Van Horn’s Hogs this spring.
“Not that freshman,” Hobbs replied to the apprehension of debuting the regional with a rookie.   “He’ll be just fine out there.  Not worried about the moment being too big for him.”
Is Noland the most poised freshman he’s dealt with?
“Yeah, definitely,” Hobbs said.  “He’s a guy that comes in and works and knows what he wants to do.  Him and Wicklander have both been like that. They are ready to do what they’ve been doing.”
Noland surprises especially because while all other the Razorbacks threw baseballs in the fall, he was throwing footballs.
“ I’ve never had to deal with anything like it,” Hobbs said of coaching his first dual sportsman.  “So it was really surprising to me that he could go from not throwing a baseball from Nov. 27 until what we’re seeing now.  A guy not pitching in the fall and then doing this, I’ve really been more impressed than surprised, I guess.”
Noland handled his big starting moment with enthusiastic but calm aplomb, his same demeanor pitching Greenwood High to the state championship at Baum.
“I was excited,” Noland said.   “I’ve been dreaming of pitching a regional for a long time now.  For the guy to be pitching on Friday that’s a great opportunity. Dreams come to reality.  I’m in a zone.”
Is it similar to starting that  Razorbacks football game last fall?
“I’ve played in (baseball) games here my first year so it’s not my first start,” Noland said.  “So it’s a little different.   Definitely a big game and a big moment and  some similarities there.”
The freshman feels big-time confidence behind him.
“He (Van Horn) has been around the block a few times,” Noland said.  “And for him to have that confidence is a big deal.”
Tags
Arkansas Razorbacks Baseball Connor Noland Editor's Picks Matt Hobbs Van Horn
Bren YocomMay 30, 2019
Share
Facebook Twitter Share via Email Print 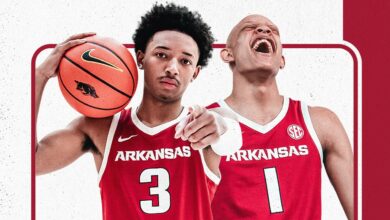 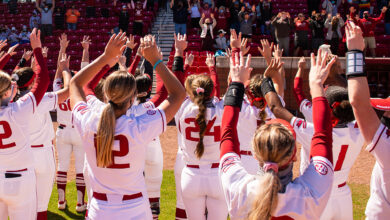 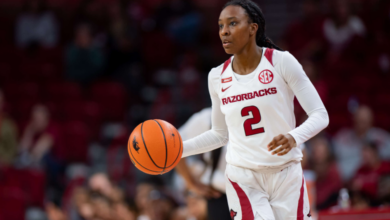