ATLANTA / CROSSETT, ARKANSAS – June 4, 2019 – Georgia-Pacific announced today that it is shutting down the equipment and processes supporting the bleached board operations at its Crossett, Arkansas, facility as of October 2019. This decision was based on an assessment of the mill’s ability to compete effectively in the bleached board market.

As a result, the company will permanently shut down the bleached board machines, as well as the extrusion plant, woodyard, pulp mill and a significant portion of the energy complex at the Crossett mill. The company also in July will shut down one of the mill’s older tissue machines that doesn’t support the long-term competitiveness of the tissue business.

Approximately 530 jobs at the facility will ultimately be impacted by these closures. About 25 business and sales jobs also will be affected by this decision.

Georgia-Pacific will continue to operate and invest in the Crossett mill to support its consumer tissue and towel business. The Crossett facility has premium product tissue and towel machines and associated converting equipment, so it remains a key contributor to the success of the Consumer Products Group’s retail business. The company will retain approximately 500 employees to manage those operations.

Until the assets are shut down in October, Georgia-Pacific employees will continue to operate the mill in its current manufacturing configuration. During the next month, Georgia-Pacific will begin discussions with union leadership and the hourly and salaried workforce on how the process will work for employees affected by the job reductions, including the potential to transfer to other Georgia-Pacific locations. The company will also begin working with its customers on transitioning their bleached board product supply.

Georgia-Pacific’s bleached board business, including supply to the Dixie® business, will be supported from the Naheola and Brewton, Alabama, mills and the St. Marys, Georgia, extrusion facility.
“Our Crossett employees have worked hard to safely and productively manage our operations there, and in recent years we have invested significantly in our operations. However, we have decided that the required investments needed for the bleached board machines, pulp mill and woodyard to sustain the operation long-term are not economically viable,” said Monty Brown, senior vice president – Consumer Products Group Operations. “We understand the impact this decision has on our employees, families and the community, and we will work cooperatively with the state and the community to minimize that impact.”

In addition, the company announced today that it will close two particleboard facilities in Hope, Arkansas, and Monroeville, Alabama, over the next couple months and will not rebuild its Thomson, Georgia, facility, which experienced a catastrophic fire last week. Approximately 100 employees at each facility will be impacted. Georgia-Pacific’s particleboard production in Diboll, Texas, will remain in operation. 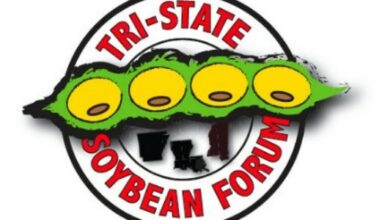