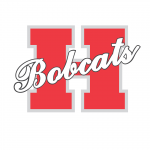 HOPE – Goals and successes in the fourth quarter of the 2018-2019 academic year were reviewed Monday night and policy revisions made by the Hope Public Schools Board in its first meeting of the summer.

HPS School Improvement Specialist Carla Narlesky took the board through the high points for the 2018-2019 academic year.

Narlesky said Clinton Primary School teachers have asked for professional development time for new teachers to better implement the new Eureka Math curriculum, and “fidelity checks” are being developed for the curriculum and Benchmark literacy instruction on that campus.

ACT Aspire Bootcamp and Writing Bootcamp were offered at Yerger Middle School, Narleskysaid, and discipline referrals for the campus dropped dramatically throughout the academic year this year.

Hope Academy of Public Service students registered 2,000 hours of community service during the year; its Denny’s Place Science Garden won Arkansas Master Gardener of the Year Project; and 11 HAPS students will attend a Google Summit at Southern Arkansas University in Magnolia this summer.

Narlesky said the Creative Action Team School graduated its first class of five seniors in May, while students grew an average of 11 scale points on Star Assessments.

A shift of Hope High School to Title I status is being met with leadership development in advance of the change; and, the addition of enrichment and remediation “CATS” days will create opportunities for greater student achievement, Narlesky reported.

–Adopted Arkansas School Board Association model policies, and modifying the recommendation on advertising on school buses.

–Approved a student transfer from South Pike County School District to the HPSD, with an opinion from district lawyer Allen Roberts that the action will not violate current federal court orders.