The Hope City Board had a larger than normal agenda on their plate this week after their first meeting of June was canceled. On the agenda was request by the Arts Council for sign variance on the Cairo Fulton Depot for their gallery and changing art exhibits, a presentation by Farmers Bank for the installation of statues downtown, a presentation on the proposed addition to the Hope Police Department’s station, consideration of an ordinance to give the Tourism Commission teeth in regard to collecting and enforcing collection of the “Hamburger Tax”, consideration of a contract with Trull-Hollensworth Architect for needed roof repairs at City Hall as well as the regular report from City Manager Catherine Cook on what is going on with the city.

Proposed Ordinance for Tourism Tax Collection
City Attorney Joe Short presented details about a newly proposed ordinance that would give the Tourism Commission legal authority to enforce and collect the tourism tax commonly referred to as the “Hamburger Tax”. Currently, there is no enforcement method available.

Short said the ordinance was built based on research into other municipalities and how they handle sales tax collection. The proposed ordinance would implement a permit system, which Short said would have no cost associated with it. The ordinance would require the companies to submit to an audit once per year if the commission deemed it necessary to check the company’s finances and to make sure that they are collecting the tax and paying the full amount to the commission.

City Manager Catherine Cook said that most businesses comply with the tax but there have been some that either don’t collect or have collected and not paid into the commission. Short said that the ordinance would provide punitive measures to empower the commission for collection but that it’s not as punitive as some. Chief JR Wilson said that some violations potentially reach the level of a criminal act and the ordinance would make it so that legal options can be sought to force compliance.

The ordinance, if passed, will allow enforcement to begin on November 1, 2019. The ordinance will not be retroactive.

Short said non-profit 501 C3 organizations would be exempt from the tax but roadside vendors, whether occasional, mobile vendors, more permanent food trucks or businesses like Walmart, which Short said has never collected or paid the tax, would have to get a permit and collect the tax once the ordinance goes into effect.

Farmers Bank Statue Donation Presesntation
Paul Ball of Farmers Bank made a presentation with Bob Erwin of the Hope Downtown Network on statues for Pavilion Park which Farmers Bank is funding.

Erwin said that the arts are important and conveys to those who visit that our community cares about the arts.

Paul Ball said it’s an exciting time with everything that’s going on with all the groups that are working to revitalize the downtown area. Ball said that the more they thought about the idea, the more they liked it and Farmers Bank decided they wanted to sponsor the project.

The plan is to install the statues at the new Pavilion Park in downtown Hope on Elm St. and 2nd St. The exact placement is something that still has to be decided but those involved are excited to provide more areas for visitors to explore and pose for pictures around downtown.

Erwin said the Downtown Network is grateful for the generosity of Farmers Bank and he hope it serves as inspiration for more business sponsors to get involved in such improvement projects.

Mark Ross made a motion that the city accept the gift from Farmers Bank and that the statues be placed at Pavilion Park with a later determination to be made on the exact placement at the park. The board expressed its thanks to Farmers for the donation.

HPD Presentation for Proposed Building Expansion
A presentation was made detailing a request for expansion of the Hope Police Department’s part of the Hempstead County Law Enforcement Center to increase office space as well as provide area for other uses at the Hope Police Department. The expansion is expected to be $175 per square foot and would increase their current floor plan by 1743 square feet.

In addition, the project would correct an issue with the roof that has been a problem since the past expansion of the Sheriff Department’s side of the building.

Part of the new space would not be specifically for a single purpose but would allow an area for temporary use for other agencies when they operate in the city in cooperation local law enforcement and allow for future expansions. The new space would also give space for a conference room and training room which Chief JR Wilson said the HPD has never had at the location.

Architect Contract Consideration
City Manager Catherine Cook presented a request for the contracting of Trull-Hollensworth Architect for a project to make repairs to the roof on City Hall.

Cook said that areas of the roof at City Hall suffered damage during the ice storm in 2000 and has gradually worsened over the years to the point where water enters the walls and leaks into some of the rooms when it rains. Areas, particularly on the south side of the building, Cook said, are sagging where the wood has been damaged.

Bids were taken for the repair which Cook said ranged from around $100,000-$200,000, requiring the contracting of an architect for the project. Cook said the city has been speaking with Jerry Hollensworth about the project. Hollensworth was contacted for the construction of the day care center several years ago and was involved in the design of the new Hempstead County Library.

Cook said that whether they reuse the tile roof, which was put on in almost 100 years ago, or whether they choose to go with a metal or shingled roof, the current tile roof will have to be completely removed to make the repairs. Members of the board said they would like to see detailed options for the roof, which Cook said Hollensworth will be able to provide.

Trevor Coffee made a motion to enter into contract with Hollensworth which was passed unanimously.

Arts Council Request for Sign Variance
The Board unanimously approved a request from the Southwest Arkansas Arts Council to allow then to add signage to the exterior of the Cairo-Fulton Depot, which houses the Arts Council, that would promote the organization’s gallery and the many art exhibits they host throughout the year. The approved request gives the Arts Council the green light on installing a 3’x5’ sign for the gallery with a smaller sign specific to the current exhibit. The Arts Council said they will have the signs up in as little as two weeks and they will ensure that the signs fit with the lettering style currently used on the depot’s signage.

City Manager’s Report
Catherine Cook gave her report on what is going on within the city government. Cook said that the landfill has started a project to plant trees like river birch and willows which take up a lot of water in some of the older areas of the landfill. Cook said planting will likely start this summer and more details will be shared in the future.

Cook said that the current wastewater project is nearing completion, the airport drainage project has been completed and the railroad project is about 80% complete and expected to be finished this August.

Cook said that the announcement of the closing of the Georgia Pacific plant was a huge blow to the city but that the city is working with the Economic Development Corporation to get companies in for site visits to help increase employment at our existing industries. 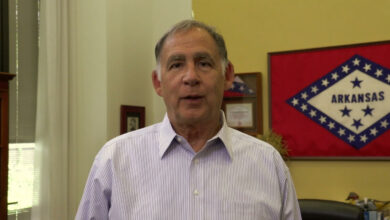