By Rick Kennedy, managing editor
As online links went live last week at several sites, including two stories at SWARK Today, the AEDI/Hempstead EDC community survey now needs local participation to have a successful impact, Steve Harris, director or the Hempstead EDC, said Monday.
“We really need as much participation as possible from throughout the community; we want a broad cross-section of opinion and voices. The survey is live, online now, and we will have paper copies here at the office available for non-computer persons or those who might not have Internet,” Harris said.
Friday, the live link to the Hempstead survey was released and can be publicly accessed directly here at:
youraedi.com/surveys
Among the list of surveys, April Campbell of the AEDI said to choose the Hempstead County survey.
As announced a week ago in a special Hempstead EDC meeting, the ambitious community-wide survey will serve as an anchor for the formation of five or six task force committees, which in turn, will develop a five-year strategic plan for Hope and Hempstead County.
Harris said the survey will close down on March 1; Campbell had said last week that the survey would have about a “three-week” window. With the survey findings set to be announced the week of March 11, Harris said, “The people at AEDI will require a little time to process the results and make a report, so the window on this isn’t very long.”
Harris, who also serves as 2019 Hope Rotary President, said he has encouraged members of his organization to participate, and he said he hopes to visit the other major civic groups over the next couple of weeks to tout the survey.
Since the news broke of the survey last Tuesday, Harris said he has heard “generally positive feedback” about the idea.
“People have been curious about these committees — the task force groups — but we really won’t know what they will be — or what will be involved — until we have those surveys filled out and we see what they have to say. It goes back to participation at the front end, and what the people have to say,” Harris said.
As of Monday afternoon, Harris said it was still too early to estimate what early participation looks like since the survey’s online links went live last Friday; Campbell had said last week that some paper copies had already been filled out, too.
Harris said that the paper version, called Hempstead County Community Survey, includes the same questions and format as the online version, and copies would be available for pickup and fill-out at the Hempstead EDC office, located at 108 W 3rd St. in downtown Hope, which has an entry facing the BancorpSouth building and the new downtown Pavilion parking lot. Hope/Hempstead Chamber of Commerce Director Beckie Moore also confirmed Monday afternoon that paper copies would also be available at the Hope Chamber office, also in downtown Hope at 101 W 2nd Street.

Moore, who said she took the online version over the weekend, said the survey took her about 20 minutes to complete.  The paper version is four pages long with 34 questions with both multiple choice and standardized-format questions.  Digital copies of the survey can been seen at the end of this article.

The online and live link is here: youraedi.com/surveys  (pick Hempstead County from list)

After the survey results are analyzed and unveiled by the AEDI the week of March 11, Harris said the next step will be formation of the five or six task force committees. The task forces will have an application process for membership, and then, will subsequently meet regularly over the rest of 2019. 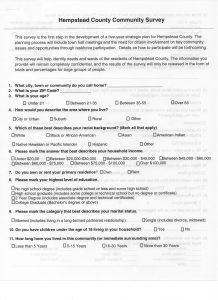 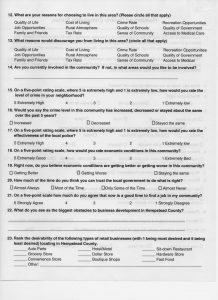 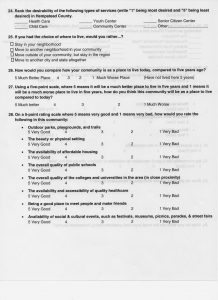 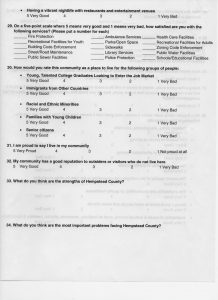