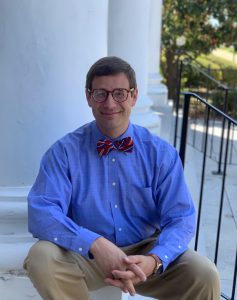 Heaven is a reality but it is probably not what you think. Views of heaven are as many as the flies on a cow’s back. People love to dream about Heaven as they think it will be but rarely do we dream of Heaven as it is.

Heaven is not about us; not in the least. The center, the focus of Heaven is God, its and our Maker. He did not make Heaven for us. He made it for Himself and His glory. Make no mistake, Heaven is His house, not ours.

When we talk about Heaven we often talk about the best parts of our life here on earth being replicated. We dream about fine homes and friendly neighbors; about endless buffets and banquet tables; about beaches and even deer stands with staggering amounts of big horned deer lazily walking by. But this is not at all the image the Bible paints for us. No, in the Bible Heaven is all about God, the worship that is directed towards Him and the utter and complete unity or community that is felt and known among all those present. That’s it. There are no images of apple pies and front porches. I don’t mean at all to burst a bubble, but this is just the way it is.

One of my favorite stories of Heaven begins and ends with one of Jesus’ best friends. You know the story. Lazarus is one of the characters. He’s not the main character, though! Jesus holds the spotlight all the way through the story. It goes like this.

Jesus and His disciples get word that Lazarus is on his way out of this world. Jesus said his death would be for the glory of God and instead of running to his side, they waited. Jesus said “Lazarus has died, but I am going to wake him up!” When they got there Lazarus had been in the grave for three days. He was already starting to stink. No one wanted to go near there, but Jesus told them to roll the stone away. After praying He called out in a loud voice “Lazarus, come out!” Then John tells us “The man who had died came out…” Sentences like these aren’t supposed to be written, but this one was! Jesus gave life back where it had been taken away. He offered his friend a chance to live and breathe again. Can you imagine Lazarus’ conversation after that? John also tells us that many people believed in Jesus on account of Lazarus’ testimony about Him. Here’s the moral: Heaven’s greatest glory is being in the presence of Jesus; basking in the presence of the King. The only reason Lazarus wasn’t mad at being brought back is because when he was unwrapped he was looking at Jesus.

The reason I feel the need to say this is twofold. First, the Heaven Lazarus would describe is FAR AND ABOVE greater than any faux heaven we could dream up on our own. A Heaven that is designed by and centered around God is so much better, sweeter and more fun than a deer stand on our best hunt imaginable. I can’t overstate this. God ordered our genes to know and worship Him. We can do that in part here and many choose to do so, but we have never experienced face to face worship that will be available to us in Heaven. We will want it to go on forever…and it will! Lazarus didn’t hit the pause button. He

The second reason I feel the need to talk about this is because of God’s invitation. You see we would never get into His house apart from a personal invitation from Him. The fact is He has extended that invitation to all of humanity throughout all of time through His much loved Son, Jesus. Because we’ve been invited, many millions have responded. Thus the second thought: if you know today that you will spend eternity worshipping next to someone that you refuse to give the time of day to now, why would you not make an effort to get to know them today? Let me restate that. If you know God has invited every piece and particle of humanity into His throne room for eternity and you know for a fact that very few of the people in the room will look like, sound like, or act like you, wouldn’t it make sense to spend some time in this life investing in the lives of those people that God has already placed around you today?

Heaven is for real. Lazarus and a few others found that out prematurely. We most likely won’t get that chance. What we will be able to do is spend eternity in the presence of Jesus, along with all the others throughout history who have confessed Him as their Lord and lived as if their faith mattered most. It matters not what you will do with Heaven. It is being done without you, whether you like it or not. What does rest on you is your attendance. That matters today. I hope to see you there.

Real change, one man at a time

God is good. How good are we?

The Work of the Resurrection

Hope is within reach!