The Herndon-Fuqua staff fired up the grill Tuesday and welcomed emergency responders in Hempstead County for lunch on them at their Hope location.

Owners and brothers Vickers and Thomas Fuqua, whose family has been in the funeral service business since their grandfather, Howard Fuqua, and Harry L. Everett opened Texarkana Funeral home in downtown Texarkana in 1937, purchased Herndon in October of 2017.

Vickers said that when they saw the weather was expected to be nice Tuesday, they printed up flyers and went around Monday to invite the county’s first responders to come by for lunch.

Police officers, EMTs, paramedics, deputies and firefighters came in throughout lunch time and were served up burgers, hotdogs, cold drinks and desert by the Herndon-Fuqua staff. Most were able to sit, eat and visit while enjoying the pleasant October weather but others had their lunches interrupted to respond to calls, a common occurrence for the men and women who serve their community in this capacity.

Vickers said that they have a great appreciation for the service and hard work law enforcement, EMS and firefighters do for their communities and the Herndon-Fuqua staff wanted to show that appreciation to the men and women who serve in Hempstead County. He said cooking for first responders is something they started doing in Texarkana and will be doing in the other communities where they now provide funeral services. 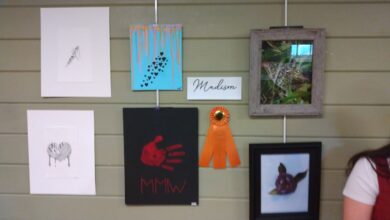