HOPE – Hope High School students got a hands-on lesson in the political process and the importance of voting in recent student council representative elections on campus.

“I am excited to say it was nothing short of amazing,” Hopson said.

She said a total of 330 votes were cast from grades 9-11 in an election that produced the highest voter turnout among freshmen.

“The 9th grade students came and cast their votes and there were 139 votes cast,” Hopson said.

A runoff was conducted for the final three freshmen seats, she said.

The election was novel in its usage of both internet and in-person balloting, with the freshman runoff conducted entirely online. 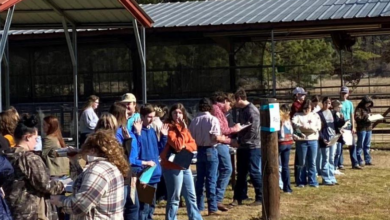