The High Lifter Mud Nationals event scheduled for next weekend at Hillarosa has been postponed due to coronavirus concerns on the part of county officials based on recommendations made by the Governor following confirmation of six cases of the virus in Arkansas.

The cancelation was confirmed in a meeting with press at the Hempstead County Courthouse in Hope Arkansas Friday afternoon. High Lifter owner Rachel Smith, Hempstead County Judge Jerry Crane and Justice of the Peace Ed Darling spoke to local media, expressing their regret that, due to the concern about the spread of the coronavirus, the Mud Nationalss will not take place on the scheduled dates of March 18-22.

Smith read an official statement from High Lifter which said that the company regrets to announce that the High Lifter Mud Nationals is required to postpone until a later date, to be announced, due to the concern over spread of the coronavirus.

The High Lifter Mud Nationals draws people from across the U.S. and from several countries around the world. The almost week-long event relocated to Hempstead County for the first time if 2019 at its new location at the Hillarosa Off-Road Park in Blevins.

A meeting was held Friday morning at the Hempstead County Courthouse between High Lifter, Hempstead County officials, members of the local business community and other interested parties. Following the meeting, official met with the Medical Director from the Arkansas Department of Health, local hospitals, the Health Department and Pafford EMS. JP Ed Darling said they gave a strong recommendation that recommendations made by Governor Hutchinson on Thursday be followed, limiting, if possible, events of 200 or more people. Darling said that they felt it wasn’t in the best interest of the county to hold the event at this time. Darling said that the last thing they want is for Hempstead County to become a hot spot for the virus, which would stretch the county’s limited resources.

According to Judge Jerry Crane, a decision was made that the Quorum Court would hold an emergency meeting to pass an ordinance to cancel both the Mud Nationals and the Jonquil Festival based on the recommendations of the Governor, who said there have been six presumptive positive cases in Arkansas since Wednesday, resulting in school closings, many state and private universities transitioning to online classes temporarily, the postponement of the state basketball tournaments and the cancelation of performances by the Arkansas Symphony and Cher.

The emergency Quorum Court meeting was postponed while legal clarification from Little Rock was sought but the decision was made to go ahead with the cancelation of the Mud Nationals after talks throughout the day between High Lifter and the county. Rachel Smith from High Lifter said that they have been in constant contact and discussion with the county officials and support the county’s decision and have postponed the Mud Nationals until a later date.

Smith said those who already purchased tickets for the event need to contact [email protected] and they will receive a full refund. Smith said they have already started contacting vendors to notify them. She said High Lifter had a contingency plan in place. Smith said they absolutely plan to reschedule the event at Hillarosa at a later time this year. “We like working with the people here…and we hope to doo the 2020 Mud Nationals, but I cannot give a date at this time. We really want to address the emergency health issues that are present before we try to determine that.”

Judge Jerry Crane said that Smith had been very courteous and understanding of the situation and that the county wants to see them back to hold the Mud Nationals. He said it is a big asset to the county and they will be working with them again.

Smith said they have done a lot of work to prepare Hillarosa for the Mud Nationals and were very excited for the event. Smith said they already have their campers in the park, which remains open, and they are going to take a few days to enjoy getting out and riding while they are here.

The Jonquil Festival has been cancelled by the Arkansas State Parks, along with all other State Park events throughout the state. The Quorum Court expects to meet early next week to follow through with the ordinance. 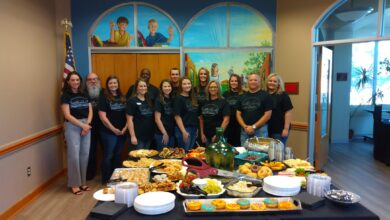 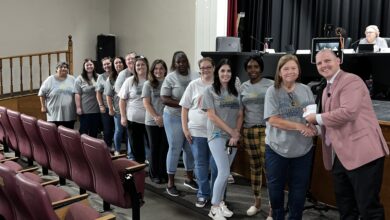