FAYETTEVILLE – The Arkansas Razorbacks equally erased the Ivy League’s University of Pennsylvania on the by 16 boards, 44-28 as they did on the by 16 scoreboard, 76-60 Sunday afternoon at Walton Arena.

“I thought from a rebounding standpoint we did a really good job controlling that,” Arkansas Coach Eric Musselman said.

Stanley Umude, the grad transfer via the University of South Dakota, posted a big all-round game off the bench, 19 points and seven rebounds. Umude hit two second-half threes, one giving Arkansas its by 22 biggest lead triggering a desperate Penn timeout at 15:48 and the other at 9:39 halting a rally after Penn cut the 22-lead to 12.

Down 10 would be the closest Penn could get in the second half after trailing 37-16 at intermission of a first half it briefly led, 3-2, and 5-2.

Au’Diese Toney, Arkansas’ grad transfer forward via the University of Pittsburgh, provided four rebounds and 19 points, including the lone trey besides Umude’s two.

Arkansas only hit 3 of 17 treys against Penn’s zone.

Toney, the MVP of last week’s Hall of Fame Classic in Kansas City with Arkansas beating Kansas State and Cincinnati to win the tournament, only played 19 minutes against Penn.

Toney’s time Sunday was ejection cut short upon his hand making contact with Penn’s Jonah Charles’ face as the two skirmished at just 19:05 into the second half.

“I haven’t watched it,” Musselman said postgame of the replay deemed worthy of Toney’s ejection. “I thought both Au’Diese and Stan – Au’Diese went 5 of 7 in his minutes, Stan 7 of 10 – those guys played their roles.  They didn’t force the issue. Thank goodness both of them played really well tonight. They both cut really well.”

Some other areas didn’t cut it, Musselman asserted.

Arkansas rebounded so well that Musselman didn’t mention Penn forward Max Martz’s 13 leading all rebounders or that Penn lost its tallest player, 6-9, 240 freshman Nick Spinoso for the game because of an apparent knee injury at 17:18 of the first half.

Penn’s most heralded player, point guard Jordan Dingle missed Sunday’s game because of illness but couldn’t have been missed, too much.

The little guard’s big day at his defense’s expense, and Arkansas committing 15 turnovers, just like Penn, did not have Musselman bubbling postgame like your typical victorious coach.

“Turnovers are a huge problem, a huge issue,” Musselman said. “Not happy at all. Penn is not a team that turns people over. Progress with Devo (Davis, five assists) and JD combining for 10 assists but we’ve got to get some consistency taking care of the basketball at our guard spot. I mean we have to.”

Even big man Jaylin Williams with his six assists took a turn on Musselman’s turnover heat.

“Jaylin did a great job again of leading us with six assists, although he’s got to take care of the ball better,” Musselman said. “Four turnovers is way too many out of that position.”

As for no Dingle, Musselman in retrospect wished they instead spent more time scouting Slajchert.

“To some degree I wish he (Dingle) would have played because we talked about it for four days,” Musselman said. “I had no idea that Zero was that good. No. Zero just torched us – 25 points from their backup point guard. I don’t know how Dingle could have played any better than 9 of 15, 3 of 8 from three, 4 for 5 (at the line) and 25 points. Pretty good for a freshman.”

“Defensively we’ve got some things we’ve got to really work on,” Musselman said. “Taking care of the basketball we have to get a lot better at.  Wish we could practice right now but we can’t.” 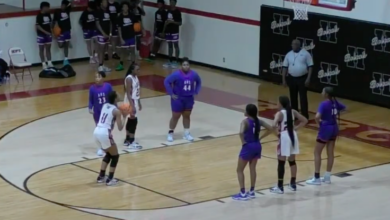 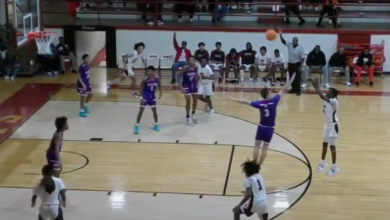