The Hope Piranhas women swim team placed 2nd at the Texarkana SASA Invite Saturday with a total of 198 points, beating out the 3rd place team from Mena by 65 points.

The team took a total of 14 girls to the meet with 13-year-old Sadie Knoll earning the most points out of the Piranha girls with 24 points total thanks to 1st in two of her individual event. Knoll also shaved off a total of 54.39 seconds between all six of the events she swam that weekend.

The girls 14 and under 200 yard freestyle relay, which comprised of Knoll, Crow, McEuen, and 12-year-old Vanessa Ortiz, also earned 2nd place, just barely missing 1st to the Magnolia Dolphins by one second.

The Piranhas also brought two boys to the meet, 12-year-old Ben Stewart and 11-year-old Wynn Wilson, and earned 47 points for the team. Stewart earned the most points out of anyone on the team with 31 points in total thanks to his 1st place finishes in all but one of his events.

The Piranhas will compete again this upcoming weekend, June 19, in Arkadelphia. 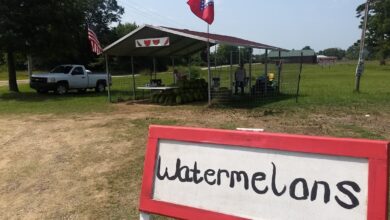