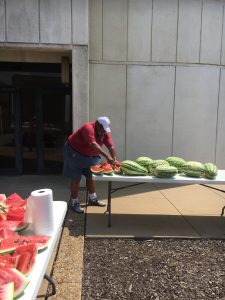 When Hope native, David Johnson, would run the Arkansas Razorback practice field, all he could think about was Hope Watermelons. Johnson said that every time he would run back to the huddle, he would tell his teammates Scott Bull (Quarterback), Jerry Eckwood and Ike Forte (Running Backs), “It’s so hot out here! I would give ANYTHING for an ice cold Hope Watermelon right now!”

Johnson, an Arkansas Razorback Full Back from 1974-1976, thought long and hard about how he could make that dream become a reality. “One day, I just picked up the phone and called Frank Broyles,” he said. “I’ve got to talk to you about what I would like to do for the players.” Broyles, the Athletic Director at the University of Arkansas in 1999, invited Johnson to come to Fayetteville to talk about his plans. He wanted to know how Johnson was going to get that many watermelons together and transport them all the way to Fayetteville while keeping them “ice cold.” But, unbeknownst to Broyles, Johnson already had a plan in motion, “I had already contacted a local grower about watermelons and had also contacted Hudson Foods (now known as Tyson) for a Refrigeration Truck to haul them in and keep them cold,” said Johnson. Seeing that he was serious about what he wanted to do, Broyles gave the go ahead, thus feeding watermelons to the Arkansas Razorbacks became an annual event.

This year marks the 20th year that David Johnson has organized, transported, and served Hope Watermelon to the Arkansas Razorback Football players, coaches and staff. Johnson said that it is always a big hit with the players. Johnson says, “Who wouldn’t like ice cold Hope watermelon in this heat?” Whenever anyone sees me at a game or practice, they always ask, “Where’s the Watermelon?”

On August 17, 2019, Johnson, along with Hempstead County Farm Bureau Representatives, Reed Camp, Reed’s sons, Landon and Kiptyn, and Brandi and Tim Sanders, took a truckload of ice cold Hope Watermelons to the Arkansas Razorback Team after their team scrimmage. Joining in to help serve and enjoy the delicious treat were several former Razorbacks:

Farm Bureau Agent, Reed Camp, said he had a great time and enjoyed taking part in serving the team. “All of the players and coaches loved that a little of Hope and Hempstead County was brought to them in the form of watermelons! They all knew David and enjoyed seeing all of us there to help carry on this tradition. It was a great day to be a Razorback and to be a part of Hope tradition!”

Although Johnson’s dreams have come true and he has spent the last 20 years hauling this sweet, juicy treat to Fayetteville, this would have never even been possible without the wonderful support of the Hope community and surrounding area. These business and individuals have contributed to Johnson’s cause and for that he is very grateful:

When asked why he worked so hard for his watermelon dream to come to fruition and why he has continued the tradition for 20 years, Johnson said, “Well, yes, it’s hot this time of year and I can remember when I was practicing in this heat, dreaming of ice cold Hope watermelon, but honestly, I do it because I want the players to be inspired that myself and others give back to the program. In the end, that’s what it’s all about – giving back to your community and the program that helped mold you. I want people to see this and get excited about volunteering and community service.” 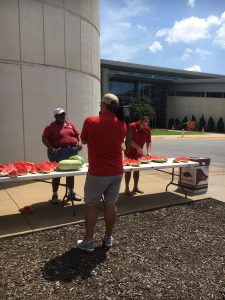 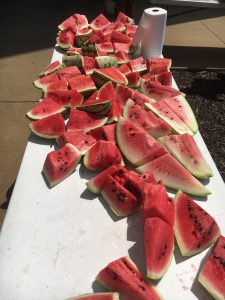 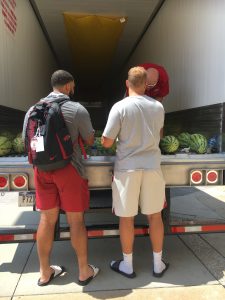 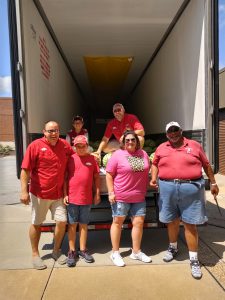 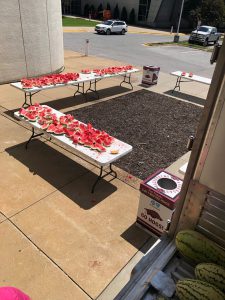 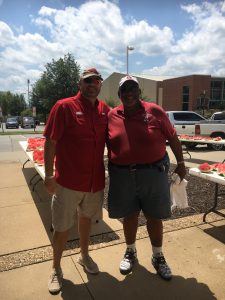 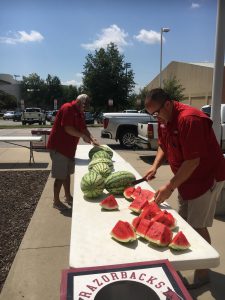 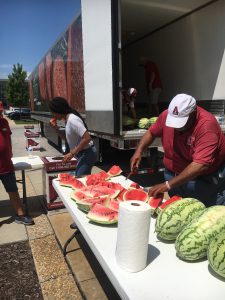 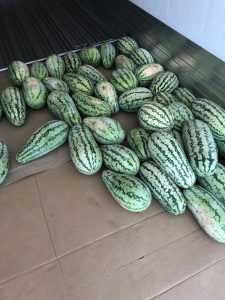