By Rick Kennedy, managing editor
Amidst the ongoing 2018 holiday season, another event worthy of celebration happened as the new First National Bank of Tom Bean building officially opened one year and one week ago on December 18 at 301 N. Hervey Street.
One year later, the still-new and glowing 8,500 square-foot facility was hosting a Christmas celebration with dozens of kids and parents from the First United Methodist Church in the lobby next to the same 16-foot Christmas tree, which was one of the very first items placed in the building as it was being constructed.
Joan Hardee, who has served as Vice President of the Hope branch of the First National Bank of Tom Bean since it originally arrived in Hope, recalled “Yes, it was December 18; we wanted to get in here before Christmas, and we did.”
“And, we had that tree in the lobby,” she remembered.
Reminiscing a bit, Hardee said “It has been amazing how well we’ve been received and accepted here. It has been a good year for us.”
Not only the bank itself, but the Tom Bean building was constructed with a 64-person capacity Community Room at its north end, featuring an industrial capacity kitchen along with dozens of tables and chairs, which Hardee said, “We’ve had a very good response and use of the Community Room. There have been several meetings, events, weddings, and receptions hosted in there.”
The past 12 months have been a far cry from when the First National Bank of Tom Bean operated out of a portable building resembling a double-wide mobile home. Even during last week’s Christmas celebration, the desks and furnishings still looked brand new.
“This is still a great place to be and a great place to work, and I am still happy to come to work here everyday,” Hardee said.
With 42 years of experience in Hope, Hardee was around during the formative days of Summit Bank as well as First Citizens, which eventually evolved into Farmer’s Bank, and she has now guided the First National Bank of Tom Bean over its establishment in the Hope market, first when it newly opened on April 18, 2017, and then through last year’s construction and relocation to its current building.
Hardee is still proud of the bank’s commitment to service, which she said is still the hallmark of the bank’s success.
“I am proud of the outstanding group of local bankers we have here with experience in this community, and as time goes by, that will continue to be key to our success,” she said. 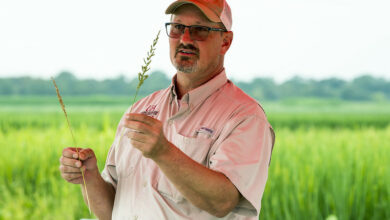 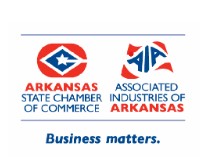