By State Senator Larry Teague
LITTLE ROCK – The governor and legislators presented the details of the signature issue of this year’s session, a reduction in personal income taxes.
The proposal would lower the top marginal rate from 6.9 percent to 6.6 percent the first year, which would be calendar year 2020. Then the rate would drop to 5.9 percent, beginning in 2021.
The governor assured legislators that no one would pay more income tax due to being bumped into a higher bracket.
When fully in place, the reduction would save Arkansas taxpayers about $97 million a year. The top rate in Arkansas would be lower than in Louisiana, South Carolina and Georgia and equal to the top rate in Missouri.
The tax cut reduction is in Senate Bill 211, which will go first to the Senate Committee on Revenue and Taxation for review by committee members and for public comment.
SB 211 is the culmination of two years of work that began soon after the General Assembly adjourned the 2017 regular session. One goal of SB 211 is to provide tax relief to the taxpayers who were not included in the major tax cuts enacted by the legislature in 2015 and 2017.
The legislature lowered taxes for middle-income families in 2015, saving them about $100 million a year. The legislature next focused on low-income families, who saved about $50 million a year from tax cuts enacted in 2017.
Also, the Senate approved SB 17 to reduce the fee for a permit to carry a concealed handgun. It would lower the current fee of $100 to $50, and for applicants who are aged 65 or older the fee would drop from $50 to $25.
The House Judiciary Committee gave SB 17 a do-pass recommendation, so the next step is a vote in the entire House.
The Senate approved SB 153 to establish more rigorous reading and literacy standards. Schools would have to include scientific reading methods in a literacy plan, which would have to be included in their annual school improvement plans.
The goal is to train and equip teachers with the materials necessary to bring up literacy rates. One method would be to more efficiently diagnose students who have dyslexia, and then to re-structure their reading classes accordingly. On standardized tests, only 38 percent of Arkansas third graders score at “ready” or “exceeding” in reading.
The Senate approved Senate Joint Resolution 3 calling for Congress to call a constitutional convention, which could consider amendments to establish fiscal restraints on the federal government and limits on terms of members of Congress.
Firefighters have an interest in a couple of bills that have been introduced. House Bill 1299 would provide firefighters with a year of paid sick leave if they are diagnosed with certain types of cancer. It was referred to the House Committee on City, County and Local Affairs.
The bill adds “cancer leave,” to the types of leave that a firefighter with five years’ experience can receive. It lists types of cancer that firefighters are more likely to get, compared to the general population, because of repeated exposure to hazardous substances and carcinogens.
SB 168, which was endorsed in committee and brought to the entire Senate, would add fire stations to the Arkansas Safe Haven law. It lists locations such as police departments and hospitals as places where people can leave newborn infants without risking prosecution for child endangerment. 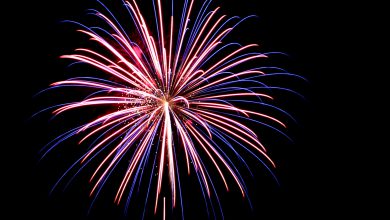 Why do we celebrate the 4th of July? 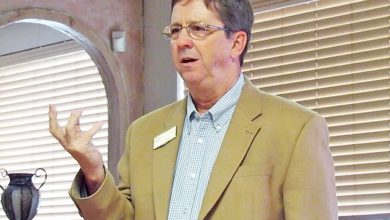