James Howard “Jim” “Jimmy” Bullock of Prescott, Arkansas, age 82, went to be with his Lord, January 25, 2022 in Henderson, Nevada. Jim was born to Howard Arthur and Cornelia Barham-Bullock in Sutton, Arkansas. The family moved to Prescott not long after his birth. Jim attended Prescott Public Schools from the first grade until his sophomore year at Prescott High School. At the age of 16 he enlisted in the Arkansas National Guard and attended boot camp at Fort Polk, Louisiana, in the summer of 1957. In September of that year, his unit was mobilized in response to the riots that were occurring with the desegregation of Little Rock Central High School. On the journey to the state capital, his unit was met by federal troops deployed by President Eisenhower and were mobilized and inducted into the United States Army. Jim served in the US Army for 5 years at Camp Leroy Johnson in New Orleans, LA.

Returning to Prescott, he learned of a program at Texarkana Junior College for Army veterans, regardless of educational background. After two semesters, he transferred to Henderson State Teachers College in Arkadelphia, AR, receiving his Bachelor’s and Master’s degrees in education and school administration. Jim taught school in numerous locations throughout Arkansas and served as superintendent of Emmet Public Schools in Emmet, AR; principal of Wellman Public Schools in Wellman, TX; and superintendent of Goldfield Public Schools in Goldfield, NV, one of the largest school districts in the country, where he also served on the President’s Council for Rural Education.

Jim was a compassionate, dedicated teacher and mentor. His experience and caring were transferred to his siblings as well as his students. He was a beloved brother and influence to his family and the community. Jim was a kind and generous man who remembered everyone and their story. A faithful Christian and community leader, Jim was a member of the First Baptist Church and the Prescott‘s Lions Club.

Jim and his late wife Susan Rainwater-Bullock celebrated 46 years of marriage before Susan passed away. She was laid to rest in Harmony Cemetery, Sutton, AR along with many relatives. They had two sons, Casey and Andy Bullock who blessed them with seven grandchildren and two great-grandchildren.

After the loss of Susan, Jim traveled including cruises with family and continued to manage his properties. But it was clear to all that he was lost and lonely. In 2016, Jim met Janet Martindale, a widow and owner of a private Christian preschool in Prescott. God had a hand in their meeting, they became close and married on August 6, 2016. Full of energy and curiosity, the couple engaged in rental property, farm management and vacation destinations, including Japan, South Korea, and Mexico. Janet’s daughter, Lizzy, adopted Jim and became a travel companion and helped with the rental property management. Jim and Janet enjoyed spending winters snowbirding in Henderson, NV taking advantage of Las Vegas’ senior citizen free coffee, discounted food and movie tickets, and going to live shows and concerts. They drove all over the country to visit friends and family, experiencing the sites and history along the way. They brought back the spark in each other’s lives. His great stories, smile and silent belly laughs will always be remembered. 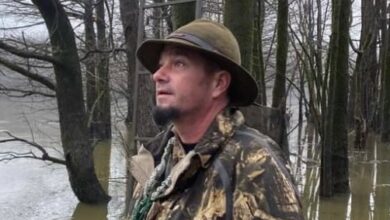 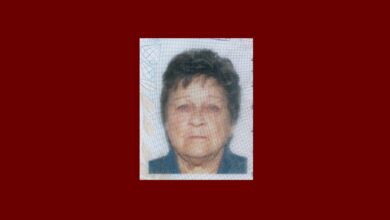 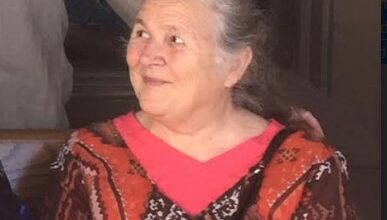