Jean Jones, 89, died Thursday, July 15, 2021, as the result of a stroke. She was born Belva Jean Kirkham on October 23, 1931, in Delight, Arkansas, to Curtis and Laura Eddie Kirkham. Her family was among the pioneers of Pike County, having a land grant prior to Arkansas statehood. She graduated as Valedictorian of her class and All-District basketball player.

On August 12, 1950, she married Bill Bolton, her husband of 39 years and the father of her children.  He was a decorated WWII Veteran and worked many years for the Post Office, ultimately becoming Postmaster. She worked as a legal secretary.

After her youngest child started school, Jean re-entered the work force, employed first at the Circuit Clerk’s office and then the Bank of Prescott. She attended and graduated from the American Banking School of the South at LSU and retired as a loan officer and Vice-President.

Until her health failed, Jean was active in the community, especially with the Church of Christ. She also founded and operated her own real estate business for many years and was known to the community as “Miss Jean”. She would help anyone in need and helped many people own their own homes with her Contract to Sell program.

She is preceded in death by her parents, her first husband, her son, John David Bolton and second husband, Bill Jones.

Jean is survived by her daughters, Ann Coley and Billye Burke, granddaughter Whitney Gaspard and husband Dustin, brother, Chuck Kirkham, and nephews, Curt Kirkham and Jim Kirkham and their families. A great-granddaughter is due in August.

The family thanks the staff at Hillcrest Nursing and Rehabilitation and Kindred Hospice for their professional and compassionate care.

Services will be private.

If you wish to make a living memorial to Jean, contributions may be made to the Wounded Warrior Project, 4899 Belfort Road, Jacksonville, FL 32256 or Habitat for Humanity, 322 W. Lamar Street, Americus, GA 31709-5343, or the charity of your choice. 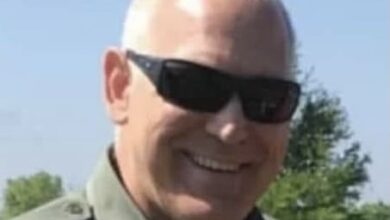