Mr. Joe Harold Boulden, 92 of Gurdon passed away, Friday, October 22, 2021 at his home surrounded by family. Mr. Boulden was born January 2, 1929 in Dumas, AR to Bernice Guinn Boulden and Lee Edward Boulden, Sr. He retired from Reynolds Aluminum and served as a Staff Sergeant in the US Army Air Corp. He was a member of the Gurdon First United Methodist Church and Friendly Men’s Sunday School Class. For many years, he caught and cooked the fish for the United Methodist Women Fish Fry which benefited missions. Joe was always just a call away and ready to lend a hand. If something was broken, he could fix it. He was known for taking many on their first airplane ride and teaching young people to water ski.  He and Jean enjoyed many adventures with her twin Jo and JK Davies. He enjoyed fishing, hunting, flying, tinkering, and any time he could spend with his family. He is preceded in death by his parents; his brother, Lee Boulden, Jr; and his beloved wife of 55 years Lillian Jean Gates Boulden.

In lieu of flowers memorials can be made to First United Methodist Church, 201 E Walnut, Gurdon, AR 71743. 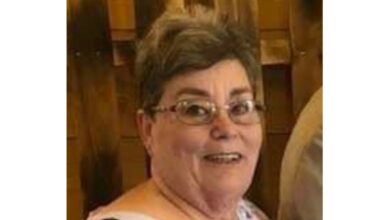