Joe Tom Stricklin of Gurdon, AR passed away on Saturday, September 4, 2021. He was born June 24, 1936, to Luke and Elsie Stricklin in the Copeland Ridge Community.  He retired from the United States Postal Service in 2004.  He served our country in the Arkansas National Guard. He enlisted on June 25, 1959 and retired as a Captain on November 4, 1979. Upon retirement, he received The Meritorious Service Medal and The Army Commendation Medal.  He was a faithful member of Beech Street Baptist Church in Gurdon. He served on the Gurdon Public School Board for ten years. He was inducted into the Gurdon Hall of Fame for his performance on the gridiron. He was active in the Gurdon Booster Club and filmed football games for over 20 years. He was one of the first Gurdon players to receive a football scholarship to the University of Arkansas. He was an avid hunter and fisherman.

He was preceded in death by his parents, his sister, Louise Hill, his brothers Robert Stricklin and Maurice Stricklin.

Visitation will be held 10:00am Tuesday September 7, 2021, at the Beech Street Baptist Church in Gurdon. Funeral service will follow at 11:00am with Sonny Tucker and David Graves officiating.  Interment to follow at Copeland Ridge Cemetery in Curtis, AR, under the direction of Herndon-Fuqua Funeral Home of Gurdon. 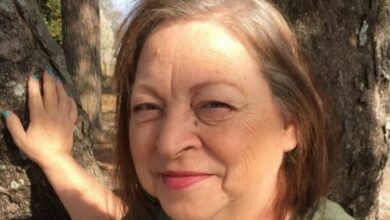