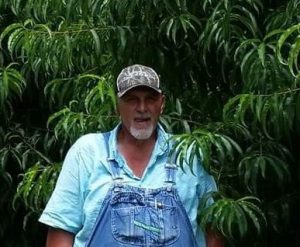 A memorial service will be held at 2:00 pm on Sunday, July 14, 2019 at the Center Point Community Building located 210 North CenterpointStreet, Nashville, Arkansas, 71852.

Joey was born in Nashville, Arkansas to Jim Corn Jamison and Evelyn Feemster Jamison on July 21, 1954.  He was a Scrapper football player and graduated from Nashville High School in 1972.  He attended Arkansas Tech University where he played college football.  He graduated with a bachelor’s degree in Business Administration in 1976.  He married the love of his life, Lou Jamison, on May 22, 1977.  After college, he worked for Sunnyside Poultry for a few years before joining his father on the family farm.  He was a 3rd generation farmer who raised broiler chickens for several years, maintained a nice cow/calf operation, and no one can argue whether or not he grew the best peaches in the world.  He was an active member of Arkansas Farm Bureau and served as Howard County President for a number of years.  He was a member of Chapel Hill church of Christ.

Joey was a kind, humble, hard-working man that loved his family and was passionate about farming especially his beautiful orchard.

Joey is preceded in death by his father, Jim C. Jamison, and his mother, Evelyn Jamison.

In lieu of flowers, memorials may be made to the Chapel Hill church of Christ.

The family wishes to extend a sincere thanks to the medical staff at Baptist Hospital and CARTI in Little Rock, Arkansas.