By Rick Kennedy, managing editor
Two ongoing projects of community-wide significance, the Kopecky House and the AEDI survey, were the highlights of Tuesday’s Hope City Board meeting.
The Kopecky House, at 410 W. 2nd Street, actually had two spots on the board’s agenda Tuesday night, one a citizen’s request and other a general discussion about the property.
The Kopecky property’s importance is its location in relation to the William Jefferson Clinton Birthplace Home National Historic Site at 117 S Hervey St. and Atwoods, which has an adjacent parking lot.
Back in May 2018, the City of Hope approved the purchase of the property from its namesake owner, Jay Kopecky, as well as an additional strip of land for $60,000.
Concurrently, the Hope Tourism Commission, which includes three members of the Hope City Board, approved a $11,500 expenditure to remove the Kopecky House and clear the property earlier this month.
A photo presentation by City Manager Catherine Cook was made to the Hope City Board on Tuesday night showing the poor structural condition of the Kopecky House, a two-story residence built sometime around 1945.
The photos presented depicted a described “settling” and “cracking” of the brick as well as obvious leaks in the ceiling. Board member Don Still said,”It probably could have been saved if something had been done 30 years ago.”
Cook noted the house had been likely renovated sometime in the 1970s, and she noted the house was actually wooden with a brick overlay.
The related citizen’s request, by Daniel Bramlett, regarding the house asked the City of Hope if he could remove certain cabinets and items in kitchen and hallway from the house for personal use.
Hope Mayor Steve Montgomery questioned what kind of precedent it would set for the city to give away city property to a private citizen. City Attorney Joe Short advised the city would have to declare the property as surplus and take public bids just as they would any other items of city surplus.
With the Kopecky House elsewhere on the agenda, the board tabled the matter after further discussion, and after the photo presentation, the board decided to stay with its original plan of action, to remove the house and clear the land.
Still noted again as he has in previous city board and Tourism Commission meetings that 10,000 people on average visit the Clinton Birthplace every year.
Still stated that he wanted to get the house down, preferably before Clinton himself arrives in town April 6, and establish additional parking for the Clinton site off Division Street.
“I am excited for the opportunity we have here; we can move forward and shape what the town look like,” Still said.
Board member Reggie Easter made the motion that the city stay with its original plans, and not declare surplus, and move forward with the house’s removal and clearing the property. The board unanimously approved.
Also ongoing has been the much-publicized Arkansas Economic Development Institute’s community-wide survey, of which Montgomery along with EDC Director Steve Harris have been strong advocates.
The online link to participate in AEDI survey from a personal computer or other online device can be directly accessed here at:
youraedi.com/surveys
The survey is still active and available for participation, and Montgomery expressed his desire to have at least 1,000 from the community. Montgomery reported that approximately 450 surveys had been completed, but his also expressed concerns that the majority of those surveys had been submitted by higher-wage earners and white citizens.
On Tuesday night, the Hope City Board was asked to consider paying $5,000 of the $20,000 fee for AEDI to conduct the survey and various meetings and reports associated with it. Montgomery reported that Hope Water & Light had contributed $10,000 and Hempstead EDC had contributed another $5,000, leaving a $5,000 balance.
The agreement for the AEDI survey, also referred to as a “Memorandum of Understanding,” is actually between the Arkansas Economic Development Institute and the Hempstead County Economic Development Corporation, and not the City of Hope itself.
Board member Kiffenea Talley had asked if anyone approached Hempstead County about paying or contributing, and Montgomery responded saying he felt that the survey “would be more beneficial to the city.” Board member Linda Clark, who had also attended the original AEDI announcement a few weeks ago, made the motion for the city to contribute the remaining $5.000. The motion was unanimously approved.
In other Hope City Board business from Tuesday night:
• The board accepted a low bid of $328.50 for the City Hall lawn maintenance from Jeremy Stroud.
• The board heard a request from Mike Lockhart of the Hempstead County 4H Shooting Club for a lease extension at the Dyke Springs Archery Range on Rocky Mount Road. The board approved a lease extension to 2027 with an option for five more years. Cook noted that for several years, but not recently, the city property there remained an option for timber revenues. The city had ownership of the property dating back to 1903.
• Related to Lockhart’s lease extension was also a request by Lockhart to construct a covered shooting area measuring approximately 12-by-40 feet. Lockhart said that gun-enthusiasts will travel to shooting sites, and that certain shooting tournaments attract as many as 600 persons. The board approved his request to build covered structure at the site.
• The board also approved a bid from Revel Kidd for hay cutting and baling at the Hope airport, covering approximately 700 acres.
• Cook delivered updates on several ongoing city projects, noting that the rain had slowed the contractors down, but good progress was being made. The specific items she discussed was the downtown Hope Pavilion, where concrete still need to be placed, the Airport drainage project, and the Rail Spur.
• During citizen’s requests, Mark Silvey, one of the vendors at the Hope Farmers Market, expressed his concerns about parking at the pavilion for the vendors and suggested a larger space was required. Montgomery responded by citing grant requirements, and he expressed reservations that altering the construction plan now could affect future grant opportunities. Montgomery asked Silvey for patience and to try the parking arrangement as is. 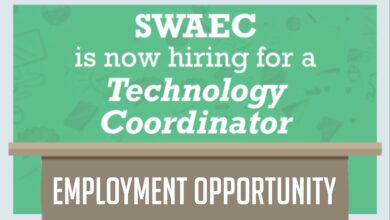