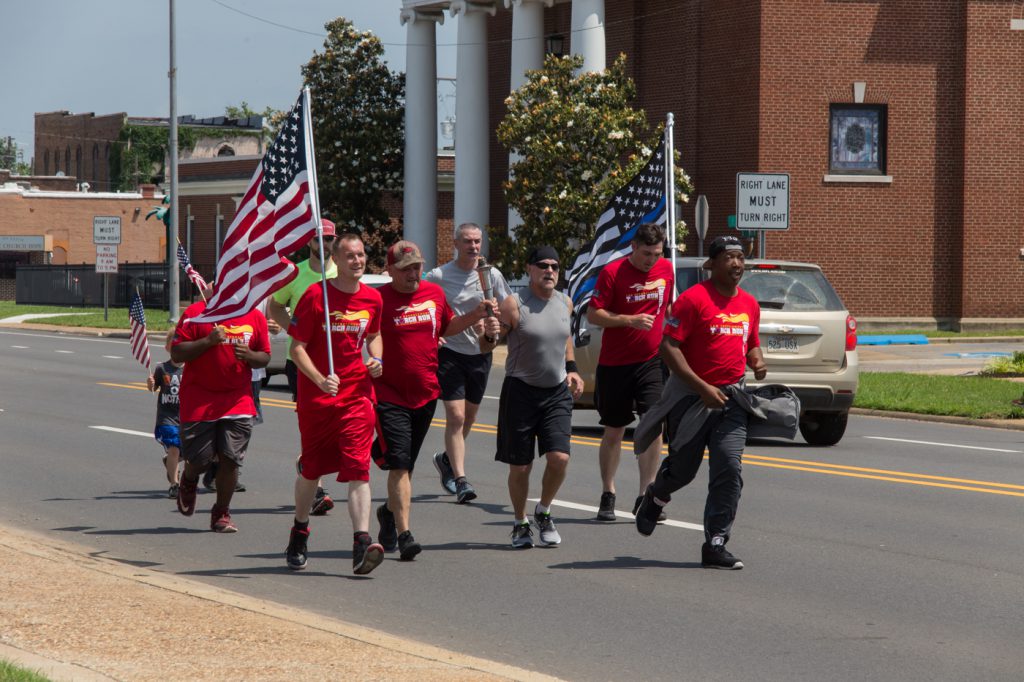 The Special Olympics Torch made its way through Hempstead County this morning in the capable hands of local law enforcement from several agencies.

The group, made up of members of the Hempstead County Sheriff’s Office, Hope Police Department, Arkansas State Police, Arkansas Game & Fish and the Hope Melonvine Striders received the torch from the group from Miller County at the hand-off in Fulton around 9 a.m.

The runners made their way to Hope and made a detour past a group from RoC at the Melon Patch Restaurant and the Sheltered Workshop and back down Main St. for a brief stop at the RoC Offices at 11:30 a.m.

The group continued their run to Prescott to finish off their leg and pass the torch on to the next group as it makes its way to Little Rock for the Special Olympics later this week. Sheriff James Singleton said that they will be sending a couple of officers from Hempstead County to the Special Olympics on Thursday to assist and present awards during the event.