Area residents will soon have the opportunity to express their desires and opinions on a public art project proposed by the Southwest Arkansas Arts Council.  Two artists, Paul Hester of Fayetteville and Houston,Texas, and David Griggs of Denver, Colorado, have been invited by SWAAC to spend time in Hope to assess needs, assets, and potential of public spaces in order to put together a proposal for the art project.

The two artists will tour Hope and visit with residents on July 14. An open meeting has been scheduled for Wednesday, July 14, 2:30 – 4 p.m. at the local Chamber of Commerce Office.  The public is invited to attend.

“The purpose of public art is to enhance a city and to attract visitors,” said Rodney Steele, chairman of SWAAC’s Public Art Steering Committee.  “Improving areas through public art can also impact economic development and usage of those areas.”

Hester and Griggs are no strangers to Hope.  In 1996, the two were commissioned by the arts council to complete a proposal for the brick and wrought iron fence and display, now called the Heritage Wall, alongside the downtown Hope Railroad Depot which also serves as the Hope Visitor’s Center and Museum.

Hester, who first came to Hope as an artist-in-residence in Hope Schools, is a photographer.  He received a Master of Fine Arts Degree from the Rhode Island School of Design.  His photographs reside in the Bibliotheque Nationale in Paris, Stedelijk Museum in Amsterdam, the Museum of Fine Arts in Houston, the Wooster Art Museum in Massachusetts, the National Museum of American Art in Washington, DC, and the Amon Carter Museum in Fort Worth.  He was on the faculty of the Department of Visual and Dramatic Arts, Rice University, Houston, for 15 years.

Griggs is a Denver-based artist who has completed over 60 commissioned works of art throughout the United States.  He is a graduate of the University of Colorado at Boulder with a Master’s Degree in Fine Arts.  He has worked in many capacities in the arts, including gallery manager, museum preparator, and studio artist.  For the last 30 years, he has been self-employed as a public artist.  Recent commissions include projects for the cities of Anchorage, Boulder, Chicago, Dallas, Jacksonville, Las Vegas, Madison, San Antonio, Santa Fe, Stockton, Toronto, and Washington.  He lives and works with his wife in Denver’s burgeoning Santa Fe Arts District.

Hester and Griggs plan to revisit the Heritage Wall on their upcoming visit, to determine any maintenance or additional work needed, as well as to determine the parameters of a proposal for additional public art.              “These artists are eager for community interaction,” said Steele. “Yes,” agreed Anna Powell, president of the SWAAC Board of Directors, saying, “We are certainly encouraging attendance at the July 14th public meeting.” 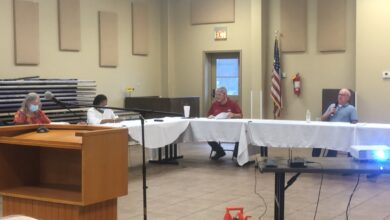 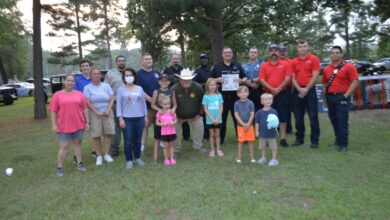 National Night Out Has Positive Impact On Police-Community Relationships