HOPE – Winford C. “Jack” Williams Jr., known to many in Hope, Hempstead County and surrounding sports environs as Jack or “Blue,” had coached, taught and was employed in the Hope Public Schools for almost two decades at his passing on May 7.

Williams was employed by the Hope Public Schools from 1990 – 2019 in various capacities.

“We value the contribution Jack made to our students and community,” HPS Superintendent Dr. Bobby Hart said. “He cared deeply for every student that crossed his path, and we mourn with the family over their loss.”

“He loved working with kids whether it was teaching them in class, coaching them in tennis, and soccer, officiating in football, or umpiring softball,” Godwin said. “Jack was my friend, my colleague, and my umpire for many softball games, but most of all he was a great man.”

He said Williams was always approachable.

“He loved everyone, he was always there when I needed him,” Godwin said.

And, Williams, he said, was sturdy.

“I remember one time during the summer; we were umpiring a baseball game and it was about a hundred degrees; and, I was about to pass out it was so hot,” Godwin recalled. “Jack had his cooler with towels soaking in ice water, and he helped me make it through the game.

“He was tough as leather; could umpire all day, even until his final years,” he said. “Jack would always call and check on me and ask if he could do anything for me, even until his last days. That was the kind of man he was.”

Memorial services will be announced through Brazil/Oakcrest The Funeral Home, in Hope. 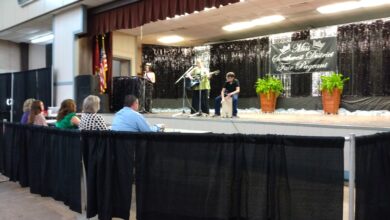