Loretta James Garrett, age 87, went to be with the Lord on October 27, 2018. She was born in Hope, Arkansas on October 9, 1931, to William Fay and Louise Kirk James. She married her high school sweetheart, Charles Burgess Garrett, on September 22, 1950.
She is survived by her son, Bruce Garrett, and his wife, Judy, and two daughters, Melanie Jordan and her husband, Bev, and Becky Steele and her husband, Rodney, along with grandchildren Dr. Celeste McMaster and husband, Jason, Stan Koger and wife, Crystal, Amy Gattis and husband, Brandon, Garrett Steele and wife, Maegan, and Sarah Cole and husband, Brandon. Three great-grandchildren include Madeline Koger, Brady Simmons, and Lottie Gattis.
She is also survived by her brother, Maj. Gen. (USAF Ret.) William Kirk James and wife, Jo, one niece and six nephews, and a number of others who considered her to be their “other mother”.
Mrs. Garrett is preceded in death by her husband, her parents, one sister, Billye Irene Jobe, and one brother, Marcus Bruce James.
On Tuesday morning, a private burial service, officiated by the Rev. Rodney Steele, will be held. A time of visitation with the family will be from 5:00-7:00 p.m. on Tuesday, October 30th at First Baptist Church, Hope, AR. A memorial service will then follow at 7:00 p.m., officiated by Bro. Stan Parris. All services are under the direction of HERNDON-FUQUA FUNERAL HOME of Hope, Arkansas.
In lieu of flowers, memorials may be made to First Baptist Church. These funds will used to help send the Cox family to Lithuania, to share the Gospel through education. 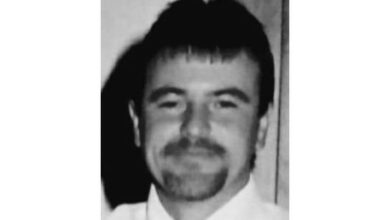