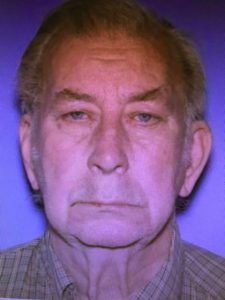 The body of Saratoga resident Travis Jackson was located by his son-in-law early Thursday morning in the woods off of South Lake Road on Millwood Lake.

Jackson was last seen Tuesday and reported missing. A BOLO was issued for the 72-year-old Wednesday.

According the Hempstead County Sheriff James Singleton, at around 3:30 a.m. Thursday, May 23, Robert Gray, Jackson’s son-in-law, was on his way home when he saw light reflect off of something in the woods. Gray investigated and located Jackson’s truck laying on its passenger side and Jackson laying inside. Gray contacted Central Dispatch who contacted deputies, first responders and state police.

Sheriff Singleton said Gray attempted to make entry through the windshield but could not. Saratoga First Responders arrived on scene and made entry into the truck through the rear window and checked on Jackson but he was already deceased.  Hempstead County Coroner David Peters responded to the scene and pronounced deceased.

According to Sheriff Singleton, Jackson’s truck left the roadway in the 190 block of South Lake Road on the east shore of Millwood Lake and struck a group of small trees which caused his black Ford F-150 to overturn and come to rest on its passenger side.