HOPE – Missteps hurt the Hope Bobcats here Friday night and cost them two touchdowns that could have made the difference in the 2021 non-conference opener against Little Rock Mills at Hammons Stadium.

Hope High School Head Football Coach Phillip Turner said his team had bright spots against a tough Comet squad despite four fumbles and penalties that called back two scores in a 56-38 loss.

“I was proud of the effort our guys played with on Friday and we did a lot of things well but to become a good football team you have to execute offensively and defensively, and win the turnover battle and special teams,” Turner said.

The two squads traded single scores in the first quarter without PATs, and Mills put up 14 more points in the second with Hope scoreless for the quarter. The Comets scored 22 more in the third while Hope put up another 12, but Mills managed only 14 against 20 for Hope in the final stanza.

“We lost the turnover battle 4-0 and that was the ball game,” Turner said. “It gave them four extra positions to score and it took our athletes off the field.”

The game was decidedly different for the Cats from the first half with only 153 total offensive yards compared with 330 yards of offense in the second.

“Mistakes got us,” Turner said.

Hope put up 386 yards on the ground with 98 yards in the air, as senior Quarterback Amorrion Dempsey completed 2 of 5 passes without points, but ran for 99 yards on 10 carries and three touchdowns.  Sophomore Quarterback Tyler Patterson completed 3/10 for 78 yards with one touchdown on the night, connecting with senior Tyzhan Jones for the score.

Dempsey and Patterson combined with rushing TDs by sophomore Tamorrion Lindsey and senior KeJuan Booker for Hope’s scoring in the game.

Mills chewed up 446 yards on the ground and threw for 198 yards on the night, with University of Memphis recruiting prospect Jabrae Shaw accounting for 272 yards for the Comets.

Turner looked ahead to the Sept. 3 tilt with traditional rival Nashville.

“We have to clean up before next week’s game versus Nashville,” he said. “They’re a good ball club with a rich tradition who will be trying to get their first win of the season.”

The Scrappers return only six starters from last year, but 14 lettermen offer some foundational experience from Nashville’s 9-3 run last season.

Offensively, Nashville is expected to come out passing this season and defensively the Scrappers are building upon their strengths, but Nashville ran into a wall against Pleasant Grove in an uncharacteristic 57-0 loss of its non-conference opener.

Turner expects them to be hungry.

“Coach Volarich will have them ready to play,” he said. 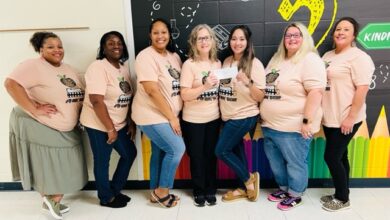 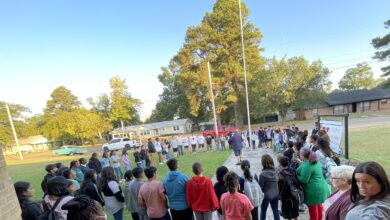 HAPS Observes “See You at the Pole” Wednesday Morning