By Nate Allen Sports
FAYETTEVILLE – University of Nevada Coach and former Golden State Warriors and Sacramento Kings NBA head coach Eric Musselman officially became the University of Arkansas Razorbacks head men’s basketball coach, Arkansas Athletic Director Hunter Yurachek announced Sunday.
Arkansas has been without a head men’s basketball coach since Mike Anderson, the Razorbacks coach the past eight years, was fired March 26 by Yurachek.
“ “Eric Musselman is a coach that has had experience at every level of basketball from the NCAA to the NBA,” Yurachek said in a press release issued Sunday. “He was practically born into the game and his passion for basketball is unmistakable. He has been successful throughout his career, including the remarkable job he did in returning the University of Nevada into a perennial NCAA Tournament team. Coach Musselman is high-energy and possesses an extremely high basketball IQ. He has a great attention to detail and has structured his programs to develop players individually while building a successful team. I am pleased to welcome Coach Musselman, his wife Danyelle and his family to the Razorback family.”
Musselman will be introduced at a 3 p.m. public is invited press conference today at Walton Arena.
Musselman was quoted in Sunday’s press release.
““My family and I couldn’t be more excited to be coming to the University of Arkansas,” Musselman was quoted. “The opportunity to be a part of the rich tradition of Razorback Basketball and to experience the passion of the Razorback fans is something that I am very much looking forward to. I am appreciative of the professional manner in which Hunter Yurachek conducted the search and am grateful for the support of Chancellor (Joe) Steinmetz and all of those affiliated with the University of Arkansas. I am ready to get to work with our student-athletes to prepare our program to compete at the highest level of college basketball.”
Steinmetz also was quoted.
““I applaud Vice Chancellor and Director of Athletics Hunter Yurachek on the process to identify and ultimately select Coach Eric Musselman as the next Razorback’s Men’s Basketball coach,” Steinmetz said. “The process was rigorous and thorough. I had the opportunity to speak to Coach Musselman a few days ago and I am confident that he will be a great leader for our basketball team and contribute to the players growth as athletes and as successful students.”
Musselman has a 110-34 record coaching the University of Nevada Wolf Pack in Reno since 2015-2016 with three Mountain West championships the past three years following a fourth-place Mountain West finish and a post season CBI tournament championship completing a 24-14 debut.
The past three seasons Musselman’s Wolf Pack went 28-7, 29-8 and 29-5 with three NCAA Tournaments. The 2017-2018 Wolf Pack advanced to the Sweet Sixteen.
The son of the late NBA and college head coach Bill Musselman, Eric Musselman, 54, has an extensive background in professional basketball preceding his collegiate coaching.
Musselman didn’t coach in college until 2012-2014 as an assistant at Arizona State and as LSU assistant under former LSU Coach Johnny Jones in 2015-2015, his lone season of SEC experience, before becoming the Nevada head coach.
A graduate of and basketball letterman at the University of San Diego, Musselman began coaching in the Continental Basketball Association and posted a 270-122 record.
He also coached the Florida Sharks in the USBL summer league.
Musselman’s NBA experience includes head coach of the Sacramento Kings, 33-46 in 2006-2007, and 34-44, and 37-45 for the Golden State Warriors from 2002–2004 and assistant coach for the Minnesota Timberwolves, Orlando Magic, Atlanta Hawks, Memphis Grizzlies and in scouting for the Los Angeles Clippers and as a coach in the NBA’s Development League.
Musselman’s name has been in the mix of an Arkansas search known to include Houston Coach Kelvin Sampson, who stayed at Houston with a contract boost, Wichita State Coach Gregg Marshall, making $3.5 million annually which is over $1 million than Anderson made at Arkansas, and recently fired UCLA Coach Steve Alford among others.
The UA was known to seek but never had the opportunity to interview Chris Beard, the former University of Arkansas-Little Rock coach whose Texas Tech Red Raiders playing Virginia Monday night for the national championship in Minneapolis. 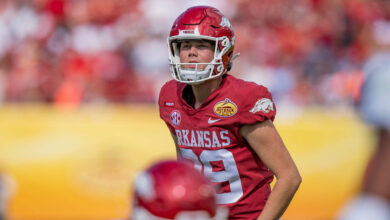