“Dr. Houser has become one of the most prolific scholars at Ouachita,” said Dr. Chris Mortenson, chair of the Department of History at Ouachita. “Myra’s ability to relate research interests to her faith—while also producing yet another presentation and book chapter—reflects very well on the Department of History. We are proud to call Dr. Houser a colleague and friend.”

Houser chose to write on the subject after her work on the anti-apartheid movement was supported by colleagues including Ian Cosh, Ouachita’s former vice president for community and international engagement, who once worked in South Africa and had several papers from the Baptist Union there.

“I was able to share with Dr. Houser documents I had collected that provided primary research material for her inquiry,” Cosh explained, adding, “I greatly appreciate the research she has done to help us understand the positions and reasoning Baptists leaders took during the apartheid era.”

“The paper reviewed Baptist responses to apartheid in the 1970s and 1980s,” Houser said. “While many churches and denominations in that era made public statements against apartheid, Baptists did not have a united voice against it. Much of that, I argued, could be chalked up to what we call the distinctives of soul freedom, priesthood of all believers, etc., which basically encouraged people to stay away from denominational statements.”

The roundtable originally was scheduled to be held in August 2020 at Christ College on Oxford University’s campus but was postponed until August 2021 and conducted virtually due to COVID-19.

“The virtual event was good,” Houser said. “Our time together was mostly limited to keynotes, worship and discussion, given that we were trying to stay within a narrow time window as people were spread out in time zones across the world.”

The conference gave Houser the opportunity to connect with knowledgeable individuals and further her understanding of the topic on which she wrote.

“There were several folks in the group who had experience living or working in South Africa during the period of my paper, and many of them knew some of the major players about whom I write,” she said. “I had a lot of fun e-mail exchanges after that, and it was really nice to get to know people outside of a field where I usually work.”

Houser’s work will soon be coming out in a book composed of all of the papers from the conference.

For more information on Houser’s paper, “Baptists and Social Concern,” or the Baptist International Scholars Roundtable contact Myra Houser at [email protected] or 870-245-5547. 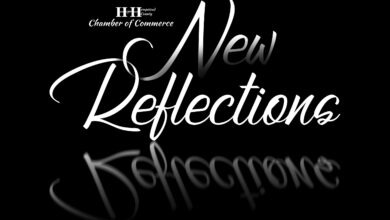