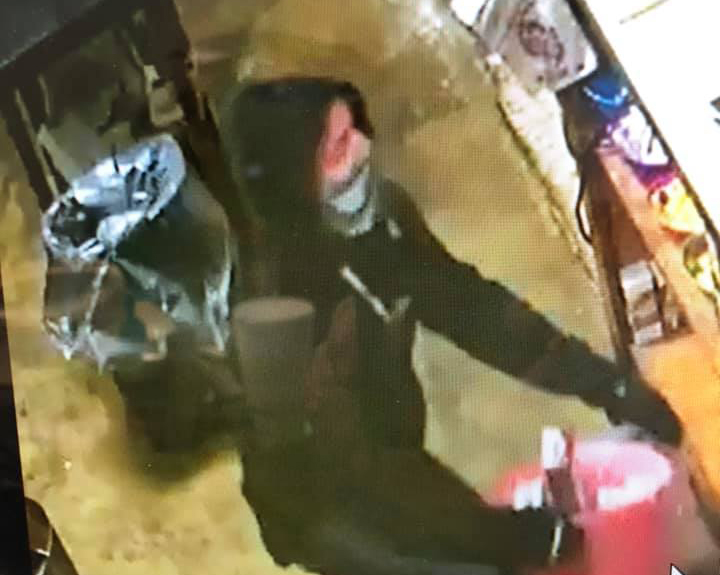 The Nevada County Sheriff’s Office continues to seek the public’s help in identifying the subject in security images from a burglary in Rosston early Wednesday morning.

According to the Nevada County Sheriff’s Office, at about 4:20 a.m. on Wednesday, April 24, the Rosston Quick Mart was burglarized. Images released from the store’s security footage show a light-skinned individual in a dark hoodie with gloves and what appears to be a bandanna over their face. The subject apparently entered the store by breaking the glass out of one of the front doors. They entered with a duffel bag and helped themselves to whatever they wanted, including multiple cartons of cigarettes including Marlboros.

The Sheriff’s Office asks that anyone who noticed any vehicles or anything else at the Quick Mart at around 4:00-4:30 a.m. on Wednesday morning, or who has knowledge of the individual who committed the burglary, to call Chief Deputy Larry Miller at 870-887-2616. The Sheriff’s Office said that all calls will remain anonymous.