Karen became a contracted Farm Bureau Agent at the start of this year, but she isn’t new to Farm Bureau or Nevada County though. She was born and raised in Nevada County and graduated from Bodcaw High School. After landing in northwest Arkansas for a few years, Karen moved back to Nevada County in 2019 to be closer to family and began working for Farm Bureau as an MSR, Member Service Representative, assisting customers with payments, policy changes, and many other service needs. During this time, she became a customer-favorite, known for being courteous and kind, as well as extremely intelligent and highly attentive to any and all tasks.

Karen said she felt like she and Farm Bureau were a good fit right from the start. “Farm Bureau is a faith-based company. Their motto is faith, family, and Farm Bureau,” Karen says. “They emphasize God is first, and they have values and want the people who work for them to have the same values. That’s one of the big pluses for me, representing a company who has the same values as I do.”

Last year, Karen decided to take some steps toward becoming a licensed agent. She already had her license to sell life and health, but decided she wanted to further her abilities to assist members of the community with their needs, so she worked for and attained her Property and Casualty License. Soon after, Agency Manager Ronnie Baker approached her about becoming a contracted Farm Bureau Agent, and he says he knew she would succeed. “She’s a self-starter and a go-getter,” Ronnie says. “She’s a type A personality. If you give her a task, she doesn’t run from it, and she takes it head on. She uses good common sense on how to get things done, and she’s very professional.” Karen’s hard work and dedication paid off, and at the start of 2022, she officially began her tenure as a contracted Farm Bureau Agent. Ronnie says she is a great asset to the team.

Karen says her job as an agent isn’t just about selling insurance though; it’s about the people she serves, a valuable lesson learned early on. “Something Ronnie told me when I started here is that we insure people, not things, and that has stayed with me ever since” Karen says. “So we make sure that we cover the whole of the person. For us, it’s not just about a car, a home, or a property; it’s about being there for people when they need it. It’s about building relationships.” Ronnie furthers the statement by saying, “It’s important that we make the time to talk to folks, and Karen is really good at that. Rates change over the years, the same as the cost of repairing vehicles and building houses does, laws might change, or an accident might happen. Sometimes a customer just needs to hear an answer. If you don’t take time to talk to people, what good are you doing for your customers?”

Karen is already having great success as a Farm Bureau Agent and says being a part of a great team is a big reason for her accomplishments. Ashley DeWoody joined the team as the new MSR when Karen moved to the position of agent, joining Karen and Ronnie on this full-service team. They are ready and available to assist anyone with their insurance needs and more, even those who reside outside of Nevada County. They can provide life and health insurance, including BCBS and Medicare (both under and over 65), property and casual insurance (homeowners, auto, farm, liability, etc.), discounts with bundling, competitive rates on auto loans through Farm Bureau Bank, credit cards with point-earning returns, and more. Even if they are presented with a task that can’t be handled within their company, they will find the company who can.

Karen also credits her children as being a huge inspiration for her success. This mother of four has always been driven and goal-oriented, but says watching the accomplishments of Kayla, Jonathan, Reagan, and Jackson has motivated her even more to provide valuable service to her community. “Sometimes you have to look at what your WHY is,” Karen says. “You have to determine why it is you get up every day and do what you do, and then keep that focus. It can be hard sometimes, because we’re not all motivated all the time. So we’ve got to kind of give ourselves a focus to keep that motivation going.”

In previous years, Karen worked in other areas like restauranteering and banking, but she says she feels like she has finally found her true calling. Most important to her, she says, is being able to provide an integral service to her community. “I love it! I love the people and getting to know them and their needs,” Karen says. “The purpose with insurance is to put people back where they were before their loss, and I feel like that I get to make a difference in somebody’s life by helping him or her through that.” Being a native of Nevada County, many in the community already know Karen and speak highly of her generosity and graciousness. With her recent accomplishment of becoming a Farm Bureau Agent, she hopes to help even more of her fellow citizens. “My roots are here,” Karen says. “This is home, and I just want to do what I can to help people.”

So the next time you see this lovely lady around town, congratulate her on her recent accomplishment, and join Nevada County Farm Bureau in celebrating Karen Hamilton! 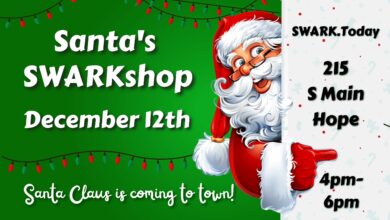 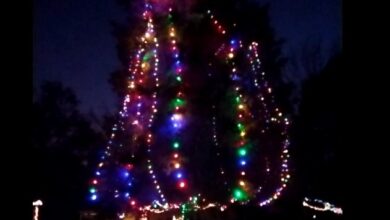