Last night the City of Hope Board of Directors, meeting at the Northside Park Community Center, passed an $18 million balanced 2023 Budget last night as well as dealt with a request from Klipsch Heritage Museum Association, accepted an Arkansas Department of Public Safety Grant, agreed to apply for another state grant toward a new radio system and agreed to engineering services for Kelly Fields lighting.

It also received some bad news about grant funding applied for to fund two wastewater projects and good news concerning a Hope native’s advance to the second highest federal court.

A full video of the meeting can be seen below this article.

After a call to order, invocation, pledge of allegiance and approval of the minutes from the last meeting, the board considered a request from KHMA CEO/Executive Director Beckie Moore for the use of the city’s airport for a “recreation of the premier of PWK’s [Paul Wilbur Klipsch’s] first speaker (1945).”  The speaker was in attendance at the 1945 World War II Victory Celebration held in the airport.  The event would be part of KHMA’s second annual Paul W. Klipsch’s Birthday Bash.

City board members expressed reluctance about allowing use of the airport building itself for such an event, citing that it would break the board’s policy of not allowing such events due to the city being liable for any damage to planes that might have to be moved outdoors. Mayor Still proposed that if the event could be kept to the grounds of the airport, it could go forward. A motion was made by Director Mark Ross to allow the use of the airport’s grounds, seconded by Director Steve Montgomery. A unanimous voice vote passed the motion.

Next, the board voted in favor by unanimous voice vote, upon request by Interim City Manager-to-be and current Assistant City Manager and Police Chief J.R. Wilson, to accept a state grant for $13,375 for software to help in redacting privileged information from police video provided to answer Freedom of Information Act requests. There is no requirement of matching funds to accept the grant.

Wilson also requested the board to vote in favor of applying for an Arkansas Public Safety Communications Grant to fund the use of a new system of radios allowing, according to the Agenda Information provided to the press prior to the meeting, “all Hempstead County first responders” to “be on a common communication platform.” The grant would save money spent by the city on costs that would be assumed by the state, but the city would bear the cost of radios, setting up “new talk groups” and “new infrastructure not planned by the [Arkansas Wireless Information Network] system.”

The grant would fund up to $500,000 and would require a 25 percent match with the city, which, with the cost of adding one new talk group for the Fire Department, would amount to $55,000.  After some discussion of what the grant would entail, the board voted to apply for the grant by unanimous voice vote.

A vote to contract engineering work from Jeremy Stone on the upcoming Kelly Fields light and electric pole replacement work passed by unanimous voice vote as well. Stone’s total fee will be 4.5 percent of the total construction cost.

Next, Wilson presented the amended proposed 2023 budget for the board’s consideration. Mayor Don Still opened up discussion on a possible monthly stipend to be provided to members of the city’s board of directors in the amount of $100 per board member and $200 for the mayor. Director Steve Montgomery had proposed the stipends about two months ago. He said last night the stipend might motivate more citizens to take part in local government by running for city director. Vice mayor Kiffinea Talley and Director Ross both expressed opposition for the stipends with Talley saying, “You shouldn’t have to pay people to get involved in public service” and said that service as city director “didn’t take a lot of time because of the city manager form of government.”

The proposal died for lack of a motion.

After this, Wilson revealed that the two wastewater projects, one of which would replace a chlorination-based disinfection method with one based on ultraviolet light ($497,000), the other would work to abate dredge overflow ($3.5 million) had failed to win grant funding. Nonetheless, he said, while the dredge overflow abatement project would not occur, the ultraviolet light project would have to continue because of state requirements. Wilson said he would present funding options to the city for that project in January.

Discussion of other line items in the budget followed, with Wilson and City Manager Catherine Cook both providing clarification.

Finally, the budget was approved by voice vote after City Attorney Randal Wright read the resolution describing it as taking in $18,144,958 in revenue and sending out that same amount in appropriations.

During the City Manager’s Report, Cook provided updates on work going on on Sixth Street, which is likely to get started in March. A section of Sixth Street is blocked off now for preliminary work. The Streetscape Project news was that a pedestrian crossing of the rail line has been completed. Cook complimented the work of the Parks Department on the decoration of downtown and surroundings for the holidays. At the Pocket Park, the pergola is up, Jeremy Stone, the project engineer is working on having Hope Water and Light remove the overhead wiring and place electrical outlets in the stage area.

An informal agreement was reached to go ahead with a city board meeting on December 20. This would be City Manager Catherine Cook’s last meeting before her retirement on December 31.

Director Linda Clark announced the U.S. Senate had voted 60-31 December 5 to confirm her daughter Doris Pryor’s nomination by President Joe Biden to be federal district judge for the court of appeals at the seventh circuit in Indiana. Pryor is a graduate of Hope High School, the University of Central Arkansas and Indiana University Maurer School of Law.  She had been a magistrate judge for the US District Court for the Southern District of Indiana before being nominated this past May for the federal appellate bench. 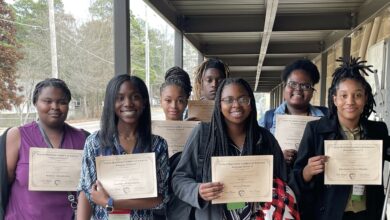