Norman Douglas Gilbey (January 6, 1927-September 10, 2021) age 94 of Hope, was a man of many talents and interests. He could play a guitar, harmonica and piano at the same time. He built a replica of a Lake Michigan lighthouse on his cherished lake. He could spot an arrowhead on a dirt road from 50 bent-over, hands-behind-his-back paces. He researched and cultivated everything from hydroponic tomatoes to kiwis to blueberries to a bamboo forest. But his most valued interests were his wife of 69 years, Eura Anderson Gilbey; children, Pamela (Steve) Millburg, Janet Gilbey, Alvin (Sandy) Gilbey, Ken Gilbey and Philip (Melinda) Gilbey; grandchildren, Clinton (Melissa) Gilbey, Curtis (Shailey) Gilbey, Brandon (Amy) Gilbey, Dusty (Callie) Gilbey and C.J. Duke; adored great-grandchildren Victoria, Casey, Jackson, Makenzi, Kinley, Kamden, Hannah, Brody, Porter, Atchison, Campbell and Anderson; two brothers-in-law; three sisters-in-law; numerous nieces and nephews; and many truly valued friends. Norman was an accomplished, though informal genealogist and Hempstead County and regional historian who researched local geography and Native folklore down to the square foot, uncovering a ghost town in the woods, an acre of daffodils in the underbrush and a tombstone in a rural cemetery inscribed with a pickup truck. His own personal history began in Gary, Indiana, with father Arthur Gilbey, mother Edna Morgan, sister Charlotte Gibson and brother Dennis Gilbey, all predeceased. When he was a high school senior, he was drafted and served in Korea and Japan as a U.S. Army sergeant. After returning to the States, he completed his high school diploma, got married, started a family and then began studying at Texarkana (Junior) College. He completed his bachelor’s degree at Southern State College (Southern Arkansas University). After a long management career in the poultry industry, he retired to his favorite place on earth – the 40-acre property he and his wife loved sharing with their extensive family. He was a great role model in how to be a loving Christian and was a long-time member of the Hope Church of Christ. Visitation will be Sunday, September 12, 2021 from 3-5 p.m., and a funeral service will be Monday, September 13, 2021 at 10 a.m. with Mr. Barry Haynes and Mr. James Anderson officiating. Burial will follow in Central Cemetery. In lieu of flowers, kind donations can be made to Hospice of Texarkana, Inc./Hospice of Hope. Funeral arrangements are under the direction of BRAZZEL/Oakcrest The Funeral Home of Hope, Eddie Brazzel Director. Online condolences: www.brazzelfuneralhomes.com 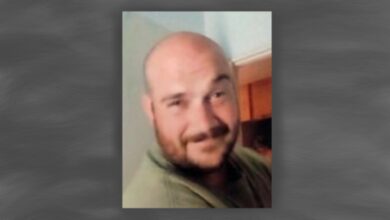 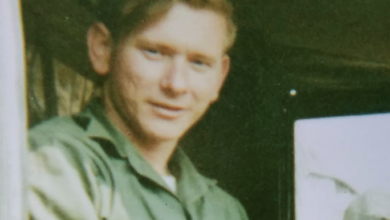